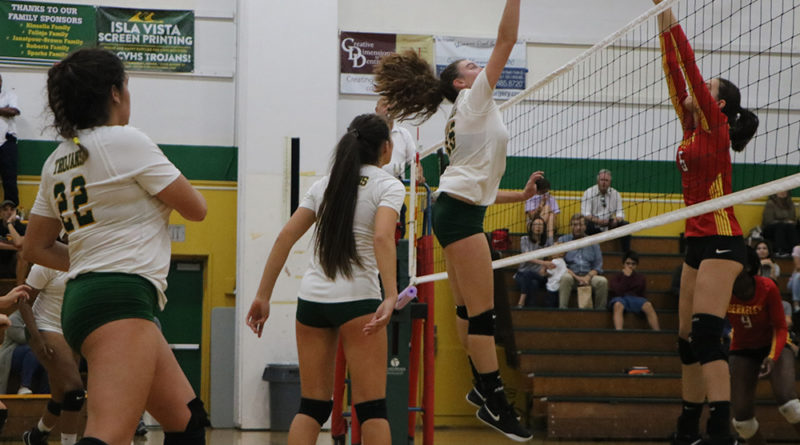 The Trojans varsity volleyball team was defeated by Berkeley High’s Yellow Jackets in a tense game culminating in a 3-1 loss on Sept.19. The Trojans continue their season, currently upholding a 13-5 record.

“It was a really exciting game, but I know we could have done better,” said team captain Ashley Cancon.

The first set ended with a steep loss of eight points, yet the Trojans made an almost miraculous recovery for the second set with an 11-point victory.

The last two sets saw players tumbling on the court in tense moments, each lost with a difference of less than four points.

The close loss gives hope to the Trojans and their loyal fans who have faith in the team’s future successes.

Coach Jennie Bautista-Boyd has only taken up the helm this year, making the close game even more promising. Even in an early game with a new coach, the varsity team shows positivity and talent.

“There’s just a lot we need to work on and practice and I know we’re gonna improve and hopefully we’re gonna take the game next time,” said Cancon. The hope and energy promise to fuel future matches.

The game had big shoes to fill, as it followed both the freshman and junior varsity teams’ victories.

The Trojans are currently ranked in tenth place for the North Coast Section Division I, a promising placement for an enthusiastic and spirited team.