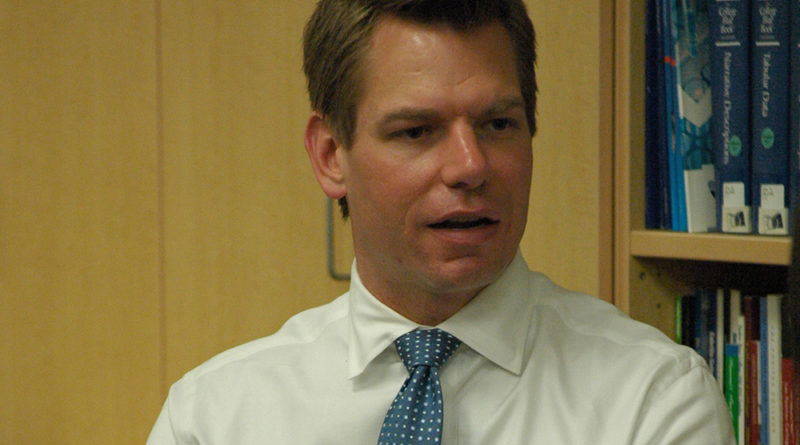 Congressman Eric Swalwell announced he was running for president on April 8 after several months hinting about the possibility.

Swalwell has built his campaign around challenging the country to “go big on the issues we take on, be bold in the solutions we offer and do good again in the way that we govern.”

On April 14, Swalwell held a rally at Dublin High School, which was the same school that he attended.

“I saw houses with two new cars and I saw houses with none,” he reflected during his rally. He saw the disparities in America at the young age of 9 on his paper route which inspired him to fight for America.

Swalwell has been in Congress since 2013 and has fought hard for many Democratic issues. He calls for a program to buy back all assault weapons and for no guns to be sold to people with criminal records to help put an end to gun violence in America.

“I want to be the first campaign to make ending gun violence the top priority,” he stated at his hometown rally.

Swalwell also believes in individual activism, advocating CVHS students on the Close Up Washington D.C. trip to take a stance and fight for the issues they are passionate about.

There have been mixed emotions surrounding Swalwell’s announcement of candidacy  but there is a community pride surrounding the 15th District that our congressman is running for president.