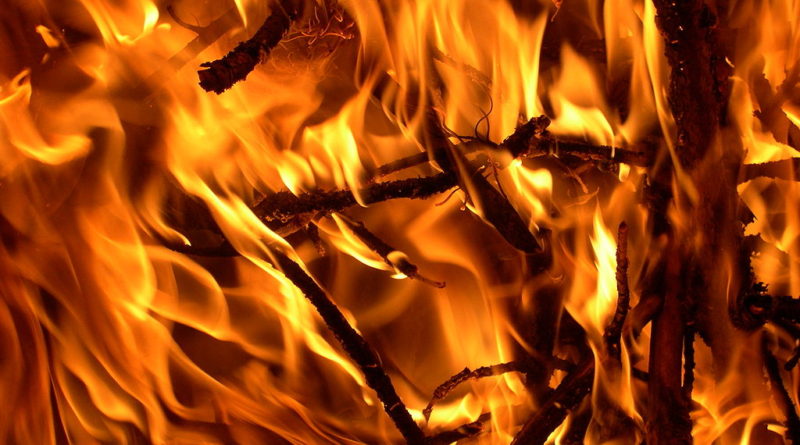 In just over two weeks, the Camp Fire in Butte County burned over 150,000 acres and almost 20,000 structures, causing a multitude of schools in the Bay Area including CVHS to close as smoke was swept southward by unusual winds until rain arrived on Nov. 21.

With at least 88 confirmed deaths and the almost complete destruction of the town of Paradise, the Camp Fire became the most deadly blaze in California history and its far-reaching effects were felt in Castro Valley.

CVHS was closed Friday, Nov. 16 due to harmful air quality levels. Throughout the previous week, the health office gave out 300 to 400 masks and about 50 students stayed home per day due to the smoke.

The fire started the morning of Nov. 8 and was not entirely contained until Nov. 25, according to Cal Fire. On Nov. 15, the Bay Area experienced air quality warnings after a week of already heavy smoke, leading to many other schools including UC Berkeley and Stanford to cancel classes as well as many outdoor events being canceled or rescheduled including sports practices and games.

“It was extremely challenging to schedule practices with the air quality being unhealthy. We had to postpone multiple games, scrimmages, and practices. We made sure that we monitored the air to decide if we were going to schedule anything outside,” said soccer coach Vanessa Amaral.

Many students could not avoid the smoke that pervaded the Bay Area, even when working.

“It’s like I would forget reality, but then everyone is wearing masks inside TJMaxx and I would remember what’s going on outside,” said senior Bailey Franzen.

Though the smoke had a significant impact on people in Castro Valley, there was immediately an effort to gather donations for those displaced and directly affected by the fire in Butte County. Spearheaded by teacher Michael Kentris and the wrestling team, donations from the community were gathered at CVHS and driven north to Chico to be given to survivors.

“The first place we went is to a first responder headquarters, it’s an ambulance company where 25 of their employees lost everything and we delivered water, toiletries, pillows, and blankets,” Kentris said. “Their entire office was set up like a thrift store with blankets, underwear, pants, jackets, shoes just kind of all set up around so like employees and families were walking through just taking what they could.”

Kentris next stopped at a Salvation Army drop-off that took used items, and finally an emergency donation center next to Chico airport that took new supplies, food, water, and toiletries.

“We made a huge impact. We definitely had over $1,600 as a community donated in gift cards that we took up with us as well as tons of water, food, and toiletries, and when we got there it was good because that’s what they needed the most,” Kentris said.

Though the inferno displaced thousands and caused dangerous air qualities throughout a large region, some students found a bright side. Speaking of the cancellation of school, senior Alexandra Kwon said, “I had such a good and relaxing and healthy day. And honestly, coming back wasn’t any harder, I still did well on the tests I was supposed to have on Friday. I just gave myself time to focus on health.”