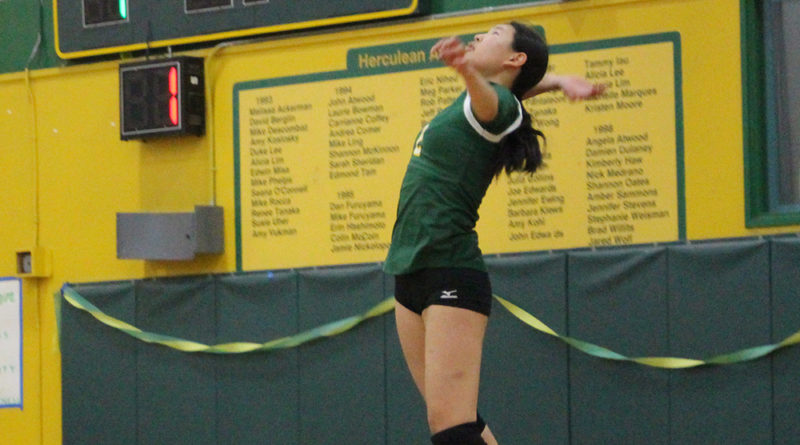 Most people would think that having their mom as a coach would be disastrous, but Kira Chen thrives on the relationship her and her mother have through volleyball coach and player.

Kira Chen is co-captain of the girls varsity volleyball team. She has been playing volleyball since she was eight years old. She attributes her interest to her mom, who played volleyball in college.

Chen’s mother is her coach on her club league team and continues to help her with volleyball. Initiatially in her volleyball career, Chen felt like her mom being her coach was more of a drag than a benefit, since she would constantly critique her skill. But, as the years progressed, Chen has learned to appreciate the relationship that she has been able to build between her and her mother through volleyball and her ability to gain honest advice.

Kira plays libero, a position that is on court all game and usually replaces the middle blocker position. Chen states that the most satisfying part of a game is passing a hard hit from the other team’s best hitter.

When asked what goes through her mind on the court, Chen is constantly thinking about what play would make the team successful.

Along with volleyball, Chen is involved in the CVHS A Capella and Madrigals choirs, and she plays the harp. Chen also hopes to be a psychiatrist in the future, in order to support her and her family.

“Kira has always supported our team on and off the court and pushed us to play our best game after game,” said teammate and senior Megan Curtin.

Chen has enjoyed her last year on the team. There were many new players on the team this year, which she says took a lot of adjusting but now the team is working very well together. Chen said that though this hasn’t been the team’s strongest year, the players’ teamwork and bond has made the season worth it.