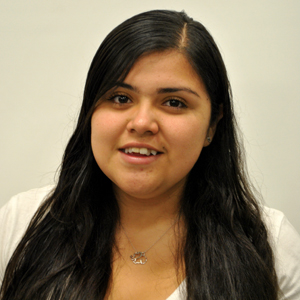 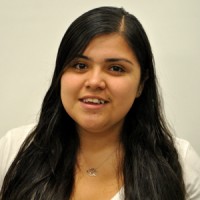 It seems as if in today’s society everyone is ruled by technology. Imagine trying to spontaneously plan a day with your friends without being able to call them on the phone or text them to say, “Hey, come to my house at seven.” It’s so strange to think about it that way, isn’t it?

With the touch of our fingers on a screen, we send a text and let people know exactly what we have to say. The process is so effortless. Technology seems to be made to do just that: to make our lives a bit more effortless.

One day I decided to “unplug” from technology. I was only able to use things that were absolutely necessary, such as electrical lights, kitchen appliances, and a car (very limitedly). My main focus was to avoid using items like my cellphone, laptop, or iPod.

I think unplugging myself for a day was actually really inconvenient. I must be the first to say that while I’m not absolutely addicted to my devices, I do use them to make things easier for myself. For example, even though I was supposed to get picked up from school at four, my sister didn’t specify where she was picking me up. In fact, she was late and I had no idea whether she forgot that I was still at school or if she had to do something else like work.

When we try to oversimplify things, we stop living our lives. Technology has opened a window in our lives, which has made learning, communicating, and interacting a whole new experience. So many people have smartphones, and it’s almost considered weird if you don’t. Yet of all those people, I don’t think any stop to realize that what they’re holding in their palm is magic.

We have the power to communicate with so many people, share so many things through a tiny device, and that’s something that we don’t think about, although we should. The gadgets we have in our modern world are things that wouldn’t have even been dreamt of by our grandparents.

Everywhere I go, I see people on their phones, driving when they can walk, or even talking on their phones because they’re too lazy to type a text message. In today’s society, even going to a friend’s house to hang out has changed. Now, to hang out in many cases means to go to someone’s house and watch a movie, or watch videos on YouTube. How many of us have been invited to someone’s house to “hang out,” which you later realized meant watching that person text other people while you’re over?

What happened to bike rides, playing board games, reading, or swimming? Instead, people prefer to play video games, Skype, text, or surf the web. Even the way we read has changed! Some people don’t even bother with books because they alternately carry their Kindle or Nook.

Going to restaurants is even more depressing! I see families at a table with all of them on their phones. People literally sit at a table not talking to each other, just looking at tiny glowing screens. With this wave of easy communication, I feel like it has also made us lose the face-to-face communication we need the most. So many people feel more powerful behind the keys of a keyboard than in person. People say things over a text or Facebook that they would never dare to say in person.

Technology has even plagued the youngest of our generations. It saddens me that my three-year-old nephew can unlock an iPhone to play Temple Run or Angry Birds, and would rather do that than play catch or go to the park.

I feel that in general, technology is helpful, but when people start to depend heavily on technology, they stop living. Technology has helped us in numerous ways, but people are abusing it.  We all need to unplug for a day and just enjoy the things our world has to offer that aren’t run by technology. I can assure you that taking a peaceful walk at Lake Chabot, and having that moment with nature, is much more fulfilling than a night on Facebook. So I challenge you to unplug yourself for a day, or more if you can. Maybe you’ll find the beauty in life you never thought was there when all along, it was just covered by technology.