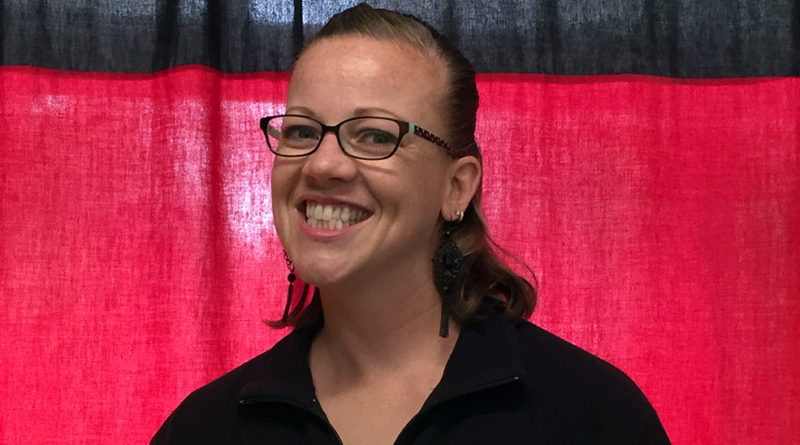 Barbara Andersen wants her students to feel “gemütlich,” or comfortable. “Frau” Anderson was recently named the CVHS teacher of the year, one reason being her ability to break the barrier of “komfort.”

“I’m not afraid to approach people,” she said. “My goal is always to make the connections and to reach out. To find something in common with them that I can chat to that kid with. Some type of common thread.”

Andersen graduated from CVHS and was later called up for an internship at CVHS as part of gaining her credential in history. She first taught CCG and government.

At the same time, her former German teacher wanted to retire and hoped Andersen would take over the German program. Even though it wasn’t on her radar, she got credentialed in German and took over the program.

“Some people always ask me, why do you teach and how long are you going to teach? And my answer is always, I’m going to teach until I don’t like it,” she said. “I enjoy seeing what  students are going through and the world they’re entering and I want to help.”

Fifteen years have gone by since her first year of teaching, currently covering all levels of the language, from German 1 through AP German. Being a student at CVHS had given her the perspective to really understand the struggle for learners and earned her the title “aktiv.”

“German is different. It’s an own little family, we stay together for four years so you really get to know your students well,” said Andersen.

Andersen not only teaches German, but has coached many sports. She coached volleyball at Moreau, one year of boys volleyball and six years of track at CVHS, one year of Canyon Middle School’s basketball team, and currently coaches Creekside volleyball.

She had her coaching job at Moreau before her job at CVHS. The motivation needed for a coach may have helped Andersen grow her unique teaching style.

“I could talk to her about anything. She really engages the students in every activity with, games, songs, and discussions in class. The workload is a mixture of fun, challenging and tedious,” said senior Jack Singer.

Students realize a connection between a teacher when their eyes meet and their voices are squealing at the same joke.

Andersen has taken multiple groups on summer trips to Europe, another way “Frau” builds a “wunderbar” relationship with her students.

“I think she was nominated for teacher of the year because she genuinely cares for her students and does whatever she can to make them succeed academically not just in German but in other classes as well,” said AP German student Josyua Gatison.

3 thoughts on “Frau Andersen is the teacher of the year”