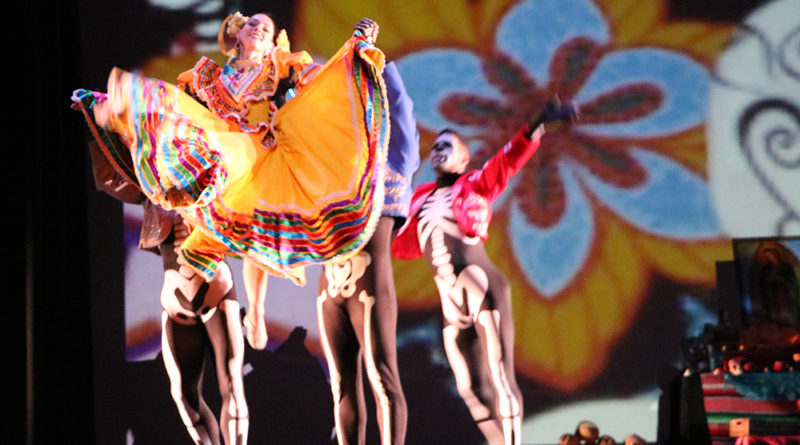 ¡Cuidado! (Watch Out!) Clinging to their last life, white skeletons rattled their bones on stage to gain back their flesh from a newly arrived body in the afterlife. The skeletons of the Oakland Ballet Company break their legs as the production of “Luna Mexicana” stole the light.

Artistic Director, Graham Lustig, flashed on a show about a Latin American holiday, Dia de los Muertos or Day of the Dead, at CVHS on Oct. 26. Both male and female ballet dancers shined their faces with sweat, surrounded by loud applauses in the CFA.

“I learned that on Dia de los Muertos they don’t mourn for the dead but instead celebrate the lives of the dead in a festive way. Overall I felt like it gave me a new perspective on death,” said junior Torin Dokie.

The performance “Luna Mexicana” started off with a young lady in a golden dress, tip toeing to the smooth Mexican music. Moments later, multiple skeletons tick the clocks with their moves they have been carving for years.

In a competitive field of art, the Oakland Ballet Company has successfully expanded their educational outreach program and popularity.

“We practice 40 hours a week and perform this 22 times,” said one of the dancers after the recital.

More than 5,000 local schoolchildren are able to learn through kinetic motion. For many students, it is easier to learn by sight instead of pounding information for hours in a tiny uncomfortable chair.

“Besides with the lesson in Spanish [class], I felt like I understood how much it meant and what it’s like for those who celebrate it,” said Spanish learner Brandon Perez.

In about an hour, the ballet team did an incredible job educating CVHS students about the Day of the Dead and further connecting them to another culture.

I was hitting two birds with one stone by grasping knowledge while relishing my moment with the lively art. I would rate this performance 9.5 out of 10 stars! I would definitely say it was worth missing one period of my AP class.