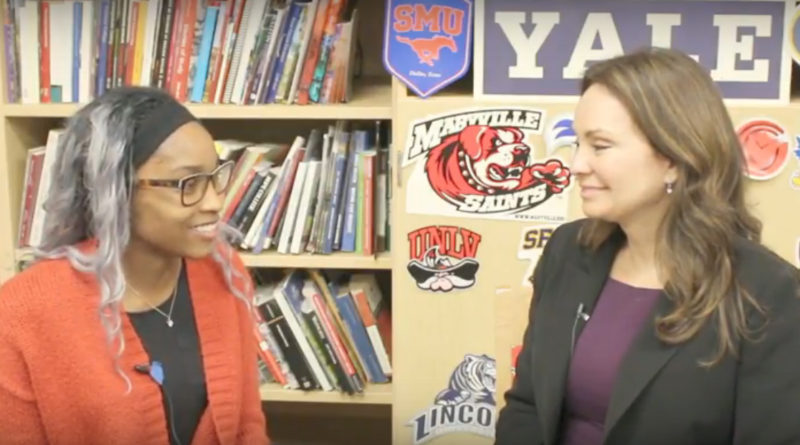 The Olympian had the honor of meeting Rosie Rios, former Castro Valley resident and 43rd Treasurer of the United States. In the interview, Rios spoke about her Bay Area roots, her efforts in putting Harriet Tubman onto U.S. currency, and her latest work, “Teachers Righting History.” As Rios dove deeper into her work with the Obama Administration, she discovered a passion for public service and an unstoppable drive.

Q: How did growing up in the Bay Area influence who you became as a person?

A: To grow up in an area that is diverse allowed me and my kids to have a different lens on how the world actually works. In California, it’s not just diverse in ethnicity, it’s diverse in thought, orientation, religion, etc. We had our house in Palomares Hills in 1995 and it was very eclectic then. My kids went to Jensen Ranch, where their experiences were mostly culturally Chinese. They loved it, they never thought twice about it. When we moved to D.C. and a lot of our neighbors and friends were Jewish, they’d never been exposed to that before, so they jumped right in and for them, it was a very natural transition because for them, it’s going from one very rich cultural experience to another. Growing up in California, we have the benefit of that level of exposure.

Q: How did you meet President Obama?

A: I was officially nominated by the president in May of 2009 and confirmed by the Senate in July of 2009. The way I really started in the administration was I was part of the transition team right after the election of November 2008. My background was in real estate finance. I got a call asking if I were interested, should Obama win, to work on the transition team to implement what at that time was this legislation that Congress had passed called the Emergency Economic Stabilization Act. Right after the election, I was one of 23 people who came in to implement this legislation and of those 23 people, seven of us were recommended for a permanent appointment, I was one of the seven. It was during this time that I thought of the concept of putting a woman on currency for the first time in our nation’s history. I chose this position intentionally to work on that project.

Q: What is something you will always take away from being treasurer of the United States?

A: I really grew in ways that I never thought I would, being able to work for the federal government (I never thought in a milion years I would) but I’d do it all over again. There’s some really great value in public service and being able to work almost eight years in this administration was really a true honor, so just when you think there’s something you’d never do, do it. I feel like I’m a much better mother and I’m a much better person.

Q: What part did you play on putting a woman on U.S. currency?

A: It dawned on me when I was thumbing through some of the old archives at the Bureau of Engraving and Printing, and after a while it became apparent that every image of a woman was not a real woman; it was some type of allegorical lady liberty, but every image of a man was a real man. I thought to myself, if currency and coin is the way that we preserve the history of our country, why would we be missing half the population? At that time, as I did more research, I realized that there were 38 countries that had women on the modern day currency, and we’re not one of them. I took that by the horns and Secretary Geithner approved that in 2012, and we finally made the announcement last year.

Q: How do you feel about Trump being president now?

A: For better or for worse this is democracy; democracy is the ability for all of us to participate in our governance process. This was an election and democracy still continues today, so however people want to exercise their voice, they should. This is how our country was founded, for better for worse.

Q: What’s next on your agenda?

A: After I left the administration I launched something very important to me, called Teachers Righting History, and it’s really taking the database that I’d created from this currency public engagement process where we solicited feedback from the American public on who should be considered on our currency, and I aggregated this database of almost 250 historic American women. For me, it was about the hundreds of women that have been omitted from or overlooked in our history. It’s why I continue to travel all over the country, is to integrate this database into the classroom, especially as we count up to the 100th anniversary of the 19th Amendment, granting women the right to vote in 2020. We have three and a half years to show what we’ve done for the last 100, and it starts with our history. That is my goal and my passion: to integrate women into history.