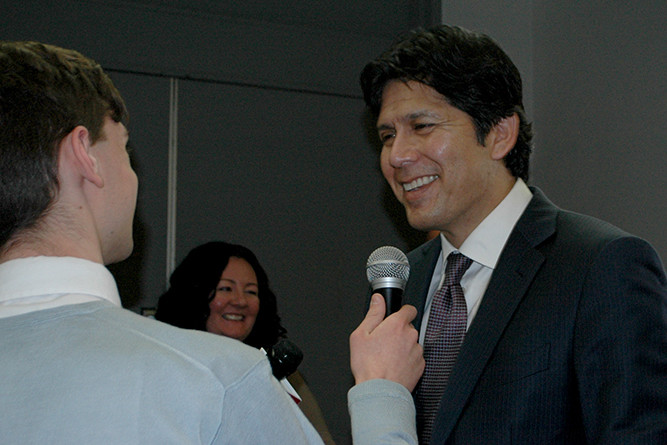 Governor Jerry Brown recently passed a proposal to increase education funding. Brown is hoping to spend $10,591 per student in 2016-17, an increase of about $300 per student. Brown’s state budget also proposes more spending for health care, transportation, and state infrastructure.

“This budget, relative to the budgets of the last decade and a half, is in good shape,” said Brown at the state Capitol.

Although this increase is a beginning in improving student education, it may not be enough. According to Assemblyman Bill Quirk, California is not spending enough on K-14 education even with Brown’s proposal.

“We are not spending the money we should on universities and even on K-14, where things have gone up,” said Quirk in an exclusive Olympian interview. “Anyone who says we have a surplus is misreading the numbers.”

The budget’s goal is to improve education from preschool to college. Whether or not this budget will make a large difference, it is an improvement that may lead to further increases. The budget plan for school spending is not the only topic concerning the state on education.

The teacher shortage is an issue impacting many schools in California and is affecting education in a different way. There is an extremely high demand for teachers in California because they are paid less than many other professions that require training and expertise. The lack of teachers available has become quite a challenge for California.

“It is not just hiring teachers, but training them to stay long term,” said Senator Kevin de León at a conference in the state Capitol. “We want them to create a hospitable classroom.”

These issues concerning education in California question how much of an affect Brown’s proposal will have. The government may not be spending enough on education, however the issue is recognized. The budget will not produce a huge impact for students at the moment, however it is a move towards a greater focus on student spending. It is a step towards strengthening education for students of all ages in California and will hopefully lead to a major improvement in the near future.

The Legislation will consider Brown’s proposal and should pass a budget by June 30.