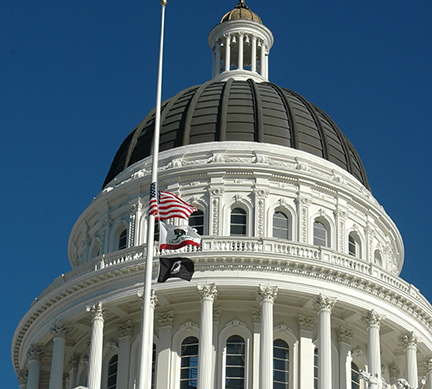 SACRAMENTO — “Better times” are on the way to California public schools, according to state lawmakers including Senator Darrell Steinberg.

“We’ve gone through very difficult times but we’ve increased education funding significantly,” said Steinberg, a Democrat from Sacramento. “It may not make up for what was lost, but there will definitely be more resources for students in order to have a better learning experience.”

Governor Jerry Brown’s most recent budget plan suggests giving $61 billion to K-12 schools in the 2014-15 school year, an increase of 28 percent, and an additional 12 percent per year after that for the next six years.

“Schools are going to get more of the attention that they rightly deserve,” said Assembly Member Connie Conway, a Republican from Tulare County. She predicted bipartisan support for increased education funding. “Any money that we can invest in the students, the classroom and in the teachers, that’s a good investment,” she said.

These billions of dollars would be put towards maintaining the average teacher to student ratio, or decreasing it in grades K-3, modernizing classrooms, and implementing the Common Core standards, among other things. This plan has not been passed by Legislature yet, and it could be subject to change.

For the past few years, schools across California have had to cut back and borrow money because there was 20 percent shortage of school funding. The governor’s education proposal would pay back these deferrals with about $6 billion dollars.

With over six million students in California’s 1,000 school districts, the budget is putting a hefty amount of money towards organizing Local Control Funding Formula. This system would change the current approach to California’s finances, which is called the Revenue Limit. Currently, education spending is determined at state level, which makes it hard for officials to see how to deal with the needs of students. Each student currently receives the same amount of money no matter what grade, or need that the student has.

The LCFF would give funding based on students’ grade level and other factors that determine the expense of educating them. For example, the state would devote extra money to students in kindergarten through third grade, which normally have smaller class sizes.

California Attorney General Kamala Harris said that children who are in school are less likely to turn into criminals. She believes that the more money that we put into schools, the more likely kids will stay in school, and keep on track.

“We should keep putting in the resources to get the kids to school,” said Harris in an exclusive Olympian interview.

CVUSD has lost over $10 million in funding over the past five school years, and surrounding districts have seen similar cuts. As a result, the district laid off teachers, cut class offerings and eliminated financial support for sports.

CVUSD Superintendent Jim Negri is cautiously optimistic about this plan, believing that it is a good idea to direct funding to students based on need.

“I like the governor’s plan to direct the funding to the students with the greater needs, but I still need to see how it plays out,” said Negri. “The real issue is that California does not adequately fund K-12 public education… California will still rank 49th or 50th in the nation in terms of funding with the highest ratios of staffing in every category.”

One thought on ““Better times,” big bucks expected for schools”