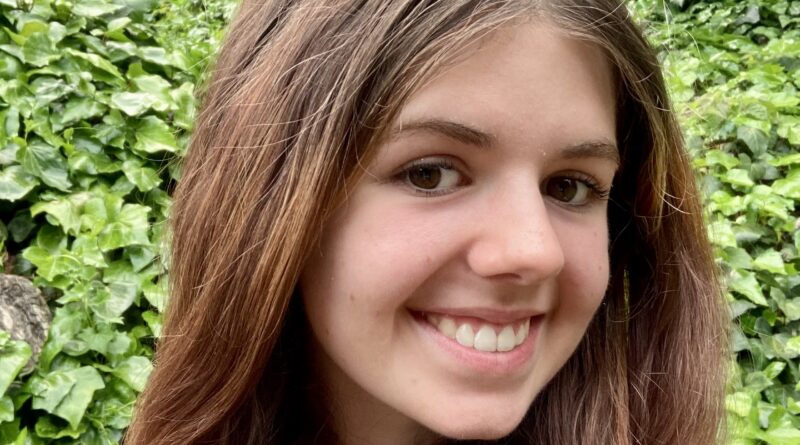 To close out National Poetry Month, The Olympian shares a poem written by sophomore Vera Beck, “The Mountain Was Made of Clay”. “This poem has, in a way, been in the works for years on end, becoming not only an outlet for me, but also an anthem and reminder,” she wrote. “All my life, the world seemed to be telling me I was not worthy of any of my dreams, shutting me down every time I put myself out there. Sometimes, I would fantasize over having the ability to warp reality, erase that “unfortunately” in the email. Yet, the only way to achieve that fantasy would be to get back up and keep climbing, again and again, reminding myself that I am worthy, deserving, and more than capable.”

the mountain turns to clay,

to be molded by my beaten hands

on a bitter path wherein I stray.

To craft a world where I will at once attain

a light that everyone seems to gain,

all but for the one who fell down the deep terrain;

for the ground is full of rejected remains.

destiny was all a mistake,

a typo in the fate

for your misplaced faith.

To believe I was meant to rise

when the world has told me otherwise,

because every step has been countered

with the fatal push deep downward.

Why do you encourage me to climb

when I have found safety down here over time?

When it’s become evident all I lack

and the floor has molded to the crest of my back.

from the river of silent tears,

and faint is the waterfall of words

I can never speak without fear.

I’m already there at the peak,

soaking up the iridescent pride

for which I have only seen

whenever I close my eyes.

It fills that crevasse in my heart

if now I can be a part

of those who are not as friendly

with the harsh pain of rejection.

For one will fall

as hard and often as may be,

but every bruise makes for the kindling

of a fire of tenacity.

And so I stand in their flames,

consuming my strengthened soul, and

I climb again and

I know how to do, and

I’ve gotten pretty good at it.

One thought on “Poetry Power: “The Mountain Was Made of Clay””