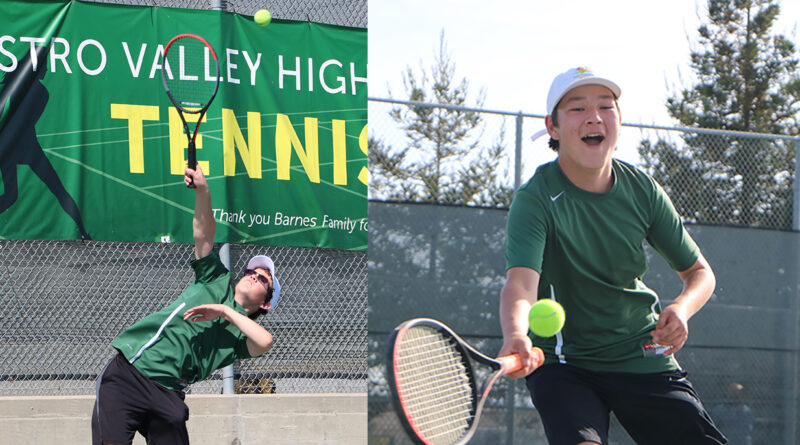 Sweat dripping down their faces from both the ever-increasing 90 degree heat and the fact that they had been playing for nearly two-and-a-half hours, freshman doubles pair Daniel Priem and Elliot Simon found themselves at a crucial point in their match. After losing the first set, Priem and Simon made an impressive comeback to win the second set and ultimately tie the game. A tiebreaker was needed to seal a victory.

Despite a valiant effort, Priem and Simon eventually lost the tiebreaker and the match 1-6, 6-4, 12-14. Yet, the score did not hinder their experience.

“It was such a good game, we had so much fun playing it,” said Priem.

This match was not the first rodeo for the freshman duo; their history dates all the way back to their elementary school days. “We went to the same elementary school,” said Priem. “We found out we both played tennis and took lessons together.”

As the years have trailed on, Priem and Simon have still kept their bond on and off the court, ultimately leading to their position this year on the varsity boys tennis team. “We’re getting the full high school experience,” said Simon, “and are definitely playing a lot with each other.”

Out of the six varsity matches that the Trojans have played this year, the two have started as a doubles team in all of them. “We’re definitely always gonna be doubles together, we’re a guaranteed doubles match,” acknowledged Priem.

As the season comes to an end in the upcoming months, Priem and Simon are not only staying focused, but look forward to their next three years on the team. In his latter high school years, Priem wants “to be a team captain and get more experience in doubles.” Simon isn’t as sure, but “tennis-wise,” he looks forward to “going up the ladder and seeing what happens.”