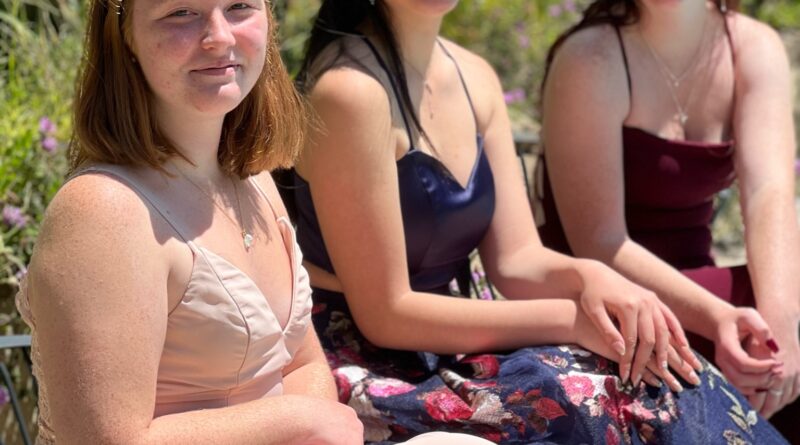 Featuring an arcade, a casino, a mac and cheese bar, Dippin’ Dots, photo booths, a 360 cam and more, CVHS celebrated prom on May 7 at San Francisco City Hall from 7 p.m. to 11 p.m. Despite ending at 11 p.m., this year’s prom theme was “Before the Clock Strikes 12.”

Prom Royalty winners were senior Elijah Williams and senior Camila Sacramento. Prom Court winners were junior Jennifer Mi and junior Zean Ylaya. Winners were announced in the middle of the event on the dance floor. Voting took place the day before prom during lunch in the quad.

“I ran for prom royalty because I thought it would be super fun and I previously ran for homecoming court my sophomore year too,” said Sacramento. “Honestly, I was so shocked because I really thought I wasn’t going to win and I had a rush of excitement when my name got called! I’m so grateful for all the people who voted for me.”

In the North Light Court, attendees could sit down at tables and eat unlimited Dippin’ Dots and mac and cheese. In the middle of the room was a 360 cam. The 360 cam spun around attendees standing on a platform who could flash poses and dance with their friends.

Some CVHS staff also attended the event. Assistant Principal Steven Hendee reportedly partook in the 360 cam and flipbook photobooth. He stood completely still in both of them.

Tickets went on sale in the beginning of April at the price of $75 with ASB and $80 without and increased by $5 every week until prom. Over 1,100 people attended the event. Attendees were advised to be vaccinated and wear their masks throughout the event. In addition, free antigen tests were available from May 6 to May 13 in room 607 for students to take.

One difficult component of prom was overcrowding. It was not rare to accidentally step on someone’s long dress. Long lines sometimes deterred attendees from partaking in activities such as the 360 cam and photo booths. Despite being advised to wear their masks, many attendees chose to celebrate the night without them. Following prom was a Covid spike with 123 students testing positive as of May 23.

Prom was definitely an unforgettable night. The last song, “We Are Young” by Fun was sentimental and let the graduating class know that they are young only once.

“My experience at prom was a night to remember,” said Sacramento. “Prom 2022 was definitely one for the books!”