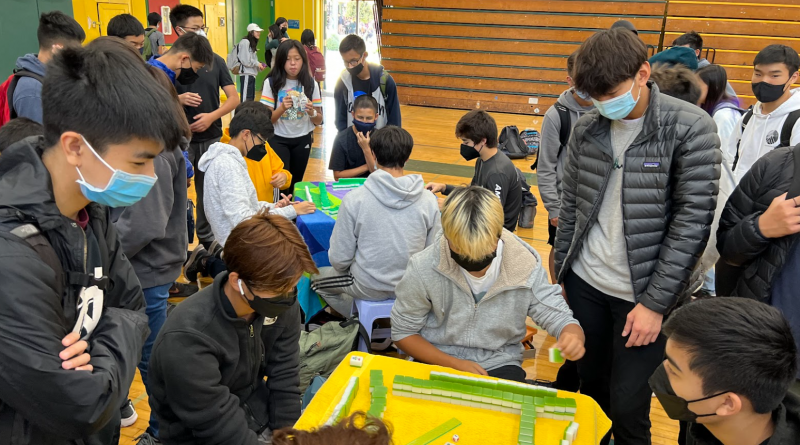 The CVHS Mahjong Club, created by junior Jonathan Lin and supported by math teacher Kelley O’Hern, gained popularity quickly among students. As many students don’t know how to play or even what mahjong is, over 100 people signed up for the club and the meetings have great turnout.

Mahjong is a tile based game where the goal is to eventually have four sets or straights and one pair to win. Commonly played in many Asian countries, mahjong is not very well known in the Americas.

Lin’s goal is to spread and let other people appreciate the greatness of the game of mahjong to students in CVHS. He also coaches new players and teaches them how to play the great game.

“I wanted to let people have the chance to experience mahjong because it is a great game that should deserve more recognition in CVHS and I feel many people will enjoy it,” said Lin.

Mahjong is a fun game for everyone to enjoy and have a great time with. As it is played with four people, mahjong is also a great opportunity to catch up with friends or meet new people.

“I think this club is really fun. You get to meet lots of people while enjoying mahjong,” said junior Trevor Yen.

During the first meeting, the interest among CVHS students was apparent; the room in which the first meeting was held was unable to hold all of the interested students because it was too small, so the club had to relocate to the main gym. As a brand new club, this was an amazing feat to accomplish. Being able to create a club with so many participants so quickly is very difficult and very impressive.

Meetings are every other Wednesday in room 757 so if you have time, go check it out!