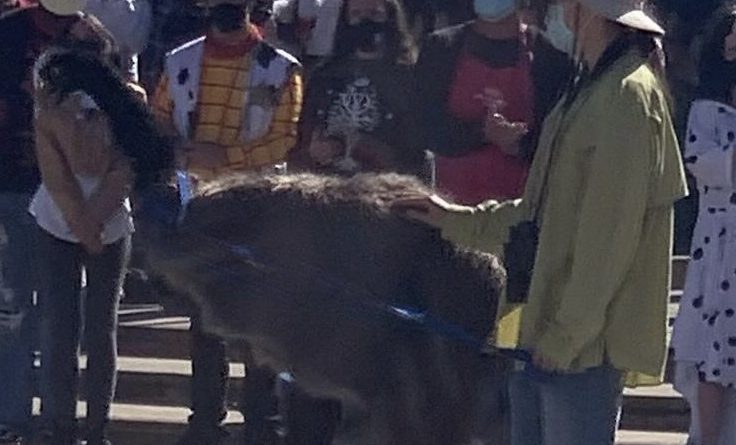 Favian and her friend dressed up as an ostrich and bodyguard duo. Torpey dressed up as his father, Principal Blaine Torpey (they looked identical!), and Serebrenyy was Vector from Despicable Me.

“Agatu saw emu costumes on Youtube and decided to spontaneously make one in a week and invited me to join her so I was like okay sounds cool. But then she found out she couldn’t see in the costume so I needed to guide her and was basically her bodyguard in a matching costume so it didn’t look out of place,” explained Favian.

“Participating in the contest at school was definitely a fun experience especially as a graduating senior. It was a great last high school Halloween moment with my friends,” commented Favian.

4 thoughts on “Cheers to the annual CVHS Halloween costume contest”