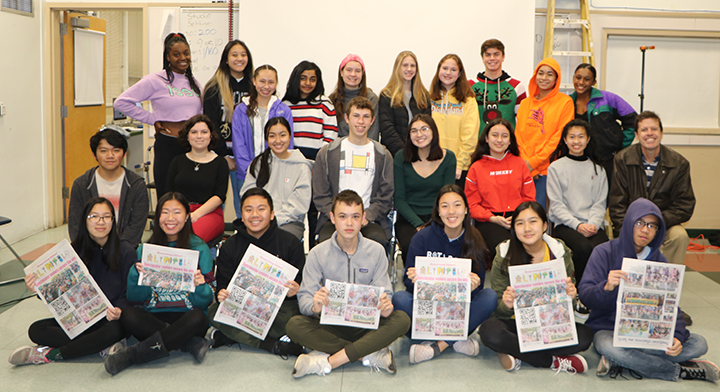 Leading the pack in more ways than one were editors-in-chief Katy Siler and Derek Neyer who combined for 17 honors from California News Publishers Association, California Press Women and Journalism Education Association. The two seniors also oversaw production of The Olympian and shared its Editor of the Year award.

“I’m insanely grateful for the last two years,” said Siler, who’s heading to UC Santa Cruz in the fall. “Journalism is special in that it gives us real-life people skills … It’s the most passionate I’ve ever been about any class I’ve taken.”

Other notable winners include senior Milagros Aquino, another three-year journalism student who has served as business manager and opinion editor. She won two photography honors and the newspaper’s Hall of Fame award.

In addition, the full staff won CNPA general excellence honors for its print and online editions and a JEANC commendation for its “Straight Outta Sacramento” news package.

Even after the pandemic forced schools to close, The Olympian published more than 25 coronavirus-related stories, a special edition devoted to community volunteers and its annual graduation issue.

Readers can find the students’ work at www.cvhsolympian.com.