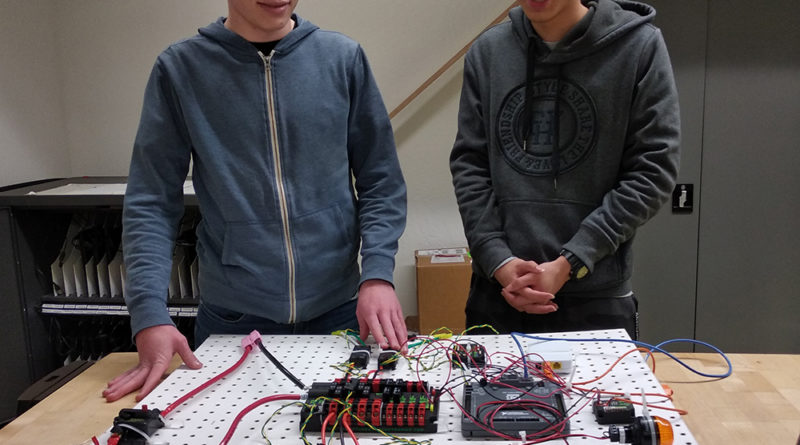 Robots are never far away from us. You will find one in NASA, and you will also see one on the campus of CVHS.

The Wallace Dynasty, also known as the CVHS first robotics team, is gearing up its fierce warrior Wallace for the upcoming First Robotic Competition against other high schools in late April.

However, the process of preparation for this game is complicated. At first, there must be unity. All members from Wallace Dynasty are extremely self-disciplined, which meant they will attend the club meeting routinely. The club meeting times really vary; sometimes for a whole week after school, sometimes for a day during Thanksgiving or winter break, and it is still normal to work until 10 p.m. in the 400 building on school days. There are always teammates working on the robots in the classroom whenever there is any free time. They are willing to contribute their personal time to Wallace Dynasty because they understand there are difficulties to build a robot, but it is worth fighting for, indeed.

But, how difficult is that?

Making a robot is never as easy as putting the pieces together on LEGO model. The kits from every part of a robot have specialized names. A single nut could named IRC-4927 and a screw could be called like RDS-928, and it is the teammates’ responsibility to find them, look for the precise spot, put them in, and fix their position. The process must be extremely accurate; any small errors like switching components 9232 and 9233 will cause Wallace to run itself over on the game day.

Wiring plays an important role of making the robot as well. When there are 50 or more colorful wires crossing over each other, they became a challenge for the teammates to do each single step. Positive electrodes must connect to negative electrodee, and red wires must go to red wires.

“The wires were super hard to plug in, it took the collaboration of three students to finish the job,” said Hongbin Miao, a senior in the robotic team.

Steps such as brainstorming, 3D-Modeling, coding, testing, ameliorating, even cleaning up the components are also necessities of the building of Wallace, and all these efforts were paid for the final performance. How to collect the power cells quickly, how to place the objects in the hard-to-reach spots nicely, how to sprint immediately, and how to control Wallace without looking at it are all crucial to earn the points, defeat other droids, and win the match

Lisa Holmes, an engineering teacher, believes that the making of robots will be interesting even though she just started to deal with robotics five months ago..

“Even though we just started the making of robots, there are still tons of things to do. I think the way of making good gear really help us to learn,” said Sean Lange, a 3D-Designer of the team.