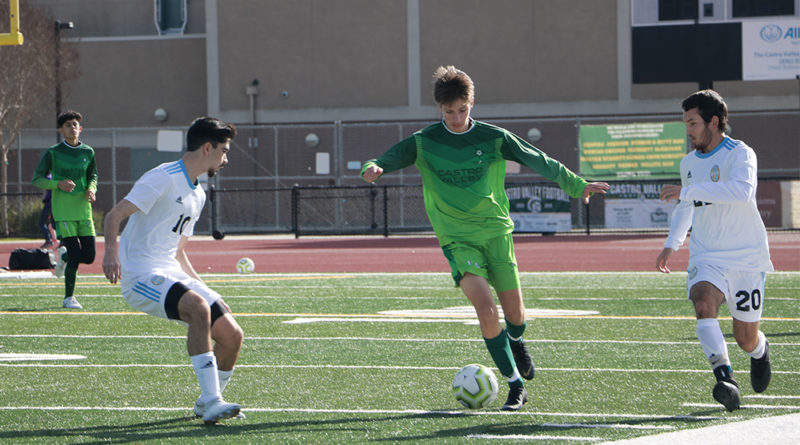 The first half of the game went back and forth between the two teams, with the ball not making it into any goals. Early into the second half, the Trojans scored the winning goal made by Ramon De La Cruz. They continued to give it their all to keep it that way until the very end.

When asked how they helped achieve the win, assistant coach Oscar Mendizabal said, “I think our hunger, we never let out. Our intensity was up there and we kept it for the entirety of the game. Also the fact that we were clinical when we had the chance; because we didn’t have a lot and we defended as hard as we could.”

Although the surrounding was the same, the game came with new challenges since it was in the middle of the day instead of at night. Playing against Berkeley the night before and giving it their all but not winning, the Trojans still managed to come back the next afternoon and win this game.

“It showed how strong we are because we had two games in less than 24 hours and each games like 90 minutes and we didn’t stop hustling,” said Kareem Elshobakey, one of the captains.

It was a great day to be cheering on the bleachers and an even better day to be a Trojan! As of the time of this being written they have 10 wins, 5 losses and one tie. Check out “maxpreps.com” to see the next home games that are scheduled, which are free to attend for everyone if they are at Trojan Stadium.