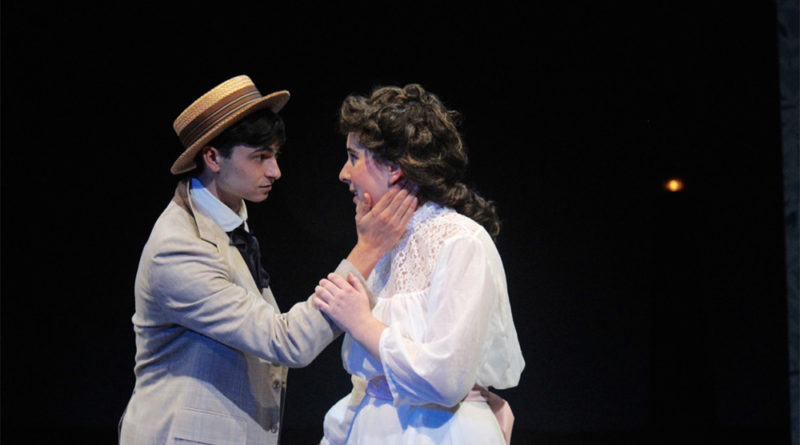 In a little theater in Hayward, junior Molly Brennan prances around a stage in a pompous dress, with her head adorned by a wig. She speaks from the script of “Ah, Wilderness,” a period piece set in the early 1900s, in a soft southern accent, perfectly portraying a look of innocence and femininity.

“I was so surprised when I got casted. It’s my first paid show, although technically I’m still a volunteer,” said Brennan. She has been in dozens of Castro Valley Dramatic Arts Academy productions, although “Ah Wilderness” is her first professional production.

“Molly is one of the most dedicated and skillful actors I know. Her talent is endless but her drive and hunger to make amazing art will take her so much further. She’s doing amazing work in the show as Muriel and it’s a treat to watch her perform. In absolutely everything she does, she gives 110 percent and it’s totally incredible. Between school, clubs, theatre, and life, she is killing it. Everyone should aspire to be as passionate and hard working as she is,” said castmate Liva Langer.

Brennan always shares a strong bond with her castmates. Her passion inspires her castmates to be as caring as her.

Brennan is directing her first show later this spring. She is working with Castro Valley Dramatic Arts Academy once again, but this time in a leadership role. Brennan’s passion is obvious, as she even went so far as to hold a massive bake sale to raise funds for a set.

Brennan manages an impressive amount of extracurriculars as well as AP classes. This year, she founded the Bocce Ball club with co-president Bella Stuewe, a club totally unique and new to CVHS.

Brennan’s character, Murial, in “Ah, Wilderness” is the main character, Richard’s, love interest. Murial and Richard have a forbidden love affair, as Murial’s father is not fond of Richard.

“Murial just gets cuter every time,” said director Sharon Robinson. Brennan has worked hard to perfect her character, spending late nights at the Douglas Morrison Theater, even sacrificing her sleep schedule for rehearsal.

Brennan hopes for this to be her first of many professional productions, but there is no doubt that she will return to the stage.