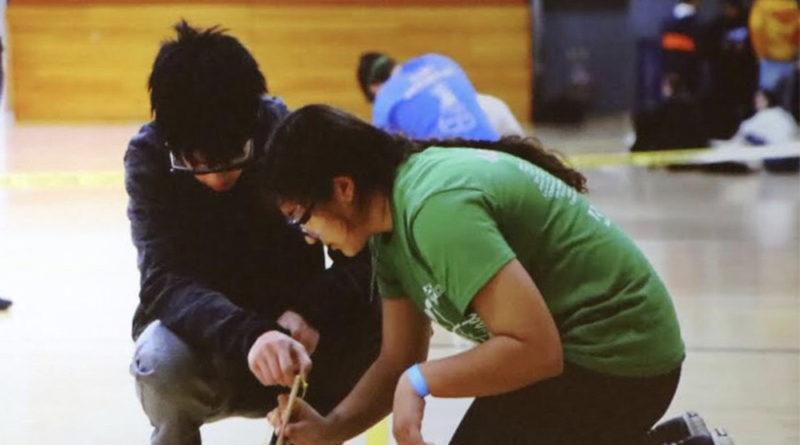 Two teams from the CVHS Science Olympiad club competed in the Golden Gate Invitational Competition on Feb. 9 at UC Berkeley against 54 other teams from around the Bay Area.

Students from all grade levels competed in several different areas of science including chemistry, thermodynamics, forensics, and engineering. CVHS placed 24th and 37th overall. They won ten medals total in the events Boomilever, Write It Do It, Sound of Music, and Wright Stuff.

“My favorite part of the day was the anatomy test,” sophomore Leah Biruk said. “For that test we got to see a real human heart! It was really gross but also kind of cool.”

Competitors spent almost six months studying for various subjects or building devices to follow a strict set of rules. At the Golden Gate Invitational, they were judged by Science Olympiad alumni from Stanford and Berkeley.

“This was our first time competing in the Golden Gate Invitational,” sophomore Aparna Anandkumar explained, “Usually we just compete at the regional competition at Cal State East Bay in March, but this was a good chance to see what the tests will be like at regionals.”

“I have been happy to coach Science Olympiad for four years,” said Jamina Tepley, coach for the event forensics. “I love that it gives an opportunity to experience science as ‘play’ instead of ‘work.’”

Science Olympiad as a whole has been around for 35 years, but CVHS has only had its own team for four years. Every year, the team works hard in hopes of making it past the first round of tests at Regionals and onto the state competition.

“I started back in middle school because I was interested in science and wanted to learn new things,” Anandkumar added. “It has taught me how to work fast under stress, plus study effectively and efficiently.”

Anandkumar competed in the following subjects: Anatomy, Boomilever, Codebusters, and Wright Stuff. She won second place in Boomilever, an event where participants build a wooden structure that can support as much weight as possible while being very light.