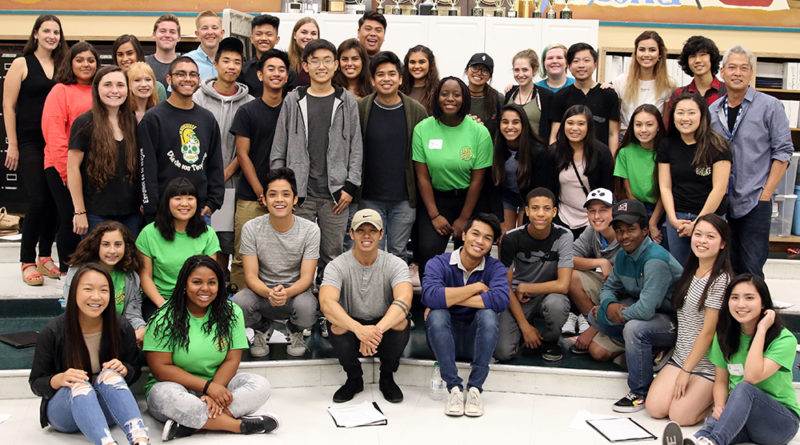 The CVHS Madrigals were given the incredible opportunity to perform with famous Filipino A cappella group, the Filharmonic, in a show at the CFA Saturday, Aug. 19 as well as take part in a training workshop Wednesday before the show. While many students enjoyed their time out of Castro Valley during the summer, Madrigals, as well as many fall sports and other music programs, were out practicing and rehearsing to prepare for the school year well in advance.

“It was an incredible experience and I feel so blessed to have gotten this opportunity,” said Britney Eng, a junior and first-year Madrigals student.

The Filharmonic is composed of five singers that formed an A cappella group right after college around six years ago. They first appeared on the “Sing Off Competition”, and from there sang in the movie, “Pitch Perfect 2.” Currently, they are touring around the country as well appearing on late night shows such as “The Late Late Show with James Corden.”

Many of the Madrigals wondered how this famous group ended up at our school in the first place.

“The CV Arts Foundation originally approached us with the opportunity because the manager of the Filharmonic had found us through our Facebook page. They looked at some of out video footage online, and realized there was a choir program here that would be fun to do a choir education with,” said choir teacher Laryssa Sadoway.

The concert on Aug. 19 allowed Madrigals a chance to open before the famous group took the stage. As it was the group’s first performance together after only a week of rehearsing, Madrigals performed their two pieces “Ave Verum Corpus” written by William Byrd and “Light in the Hallway” by Pentatonix.

“It was just this infusion of positivity from this really talented yet humble group of guys that are an inspiration and idols to a lot of you,” added Sadoway.