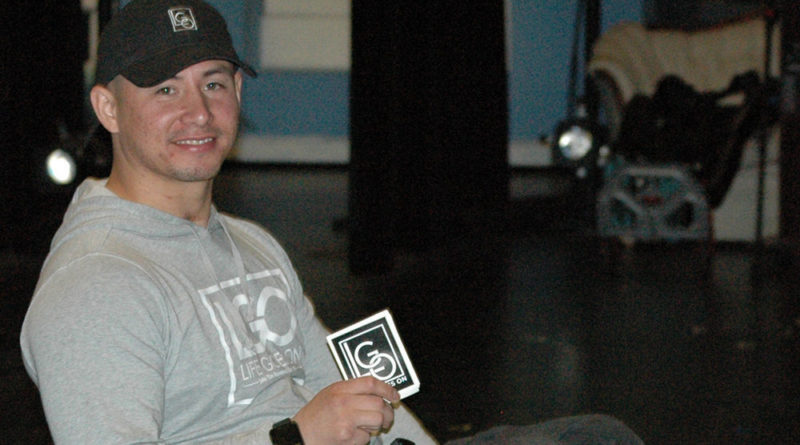 Days of Diversity was filled with many keynote speakers, one of which was Castro Valley native, Arthur Renowitzky, a very inspirational man. At the age of 20, he was shot outside of a nightclub in San Francisco which resulted in a coma. After waking up, Renowitzky learned that he was paralyzed from the chest down, or paraplegic.

The injury led to hard times in his life. He faced depression and a very long healing process, but Renowitzky pushed through and turned the disability into motivation.

“I would say that my biggest supporters through all of this would be my mom and brother. They stood by me the whole time,” said Renowitzky during his presentation.

“I liked how honest he was when he spoke about his experiences. He wasn’t afraid of what happened to him but empowered by it. He really inspired me to want to help and do more,” said junior Sonia Nezami when asked about her experience in the presentation.

In 2007, Renowitzky began his foundation titled, “Life Goes On.” With his organization, he has traveled all over the country to support others with spinal cord injuries and spread awareness about gun violence.

The non-profit has been influential in the lives of people all over America. His mission statement, which is centered around pushing through hard times with confidence, has inspired many to become more active and involved with spreading awareness.

Anyone who would like to show support to the foundation can sign up to become an ambassador, a sponsor, or make a donation  at lgof.org.