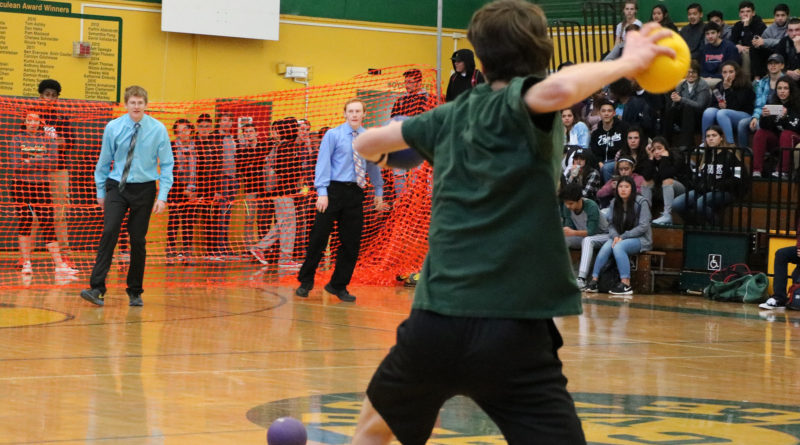 The annual CVHS dodgeball competition made its dodgy return in early March, featuring a multitude of teams in many grueling matches. After teams made their valiant attempts to go down in history avoiding projectile spheres, the Broke Lane$ came out on top.

Each team competed in a winner-takes-all match, with the victor moving on to the next round until, at last, only two remained. The finals—featuring the Average Joes and the Broke Lane$—was a best-of-three-games competition that would crown the true dodgeball champions.

“I gotta say, it looks fierce out there,” remarked junior Dominic Miller of the Spaghetti Spooners before a match.

There was some concern before the event started that there were not enough teams signed up.

The drama was sustained throughout the championship series. The Average Joes routed the Broke Lane$ with minor difficulty in the first match, but the ever-persistent Broke Lane$ were able to even it up with a fiercely fought win of their own.

Both teams with a win under their belts, it came time for the deciding match. Michael Kentris sounded his whistle and both teams made a mad dash for the no man’s land that was the center court.

The Broke Lane$ picked off players one by one, until there was only one Average Joe left facing them. The lone remaining Average Joe was able to survive for the remainder of the match, but that was not enough to win the tournament. At the end of regulation time it was the Broke Lane$ that had more players, and to them the victory went.

The Broke Lane$ were awarded their plaque, eternal bragging rights, and the legacy of being the 2017 CVHS dodgeball champions.