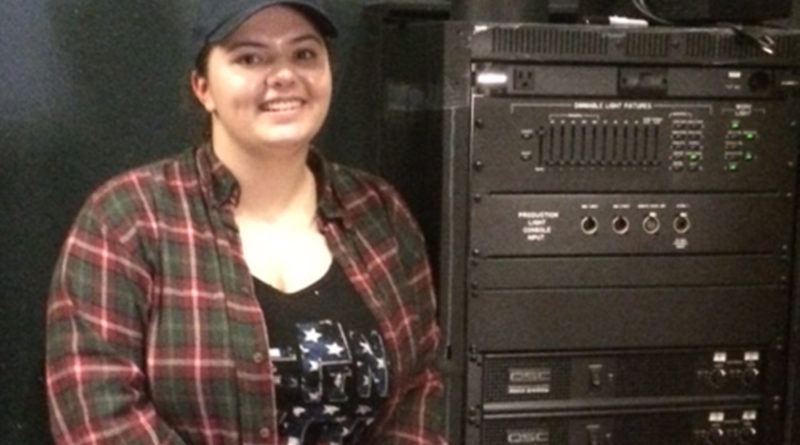 Carly Becerra will be in the spotlight in the school musical Mary Poppins this year, but   typically, one would expect to find her working backstage, making sure that all the props are in order, people are in their correct cues, and nothing catches on fire. She has worked as a crew member in every school musical since her freshman year, and has decided that it suits her better than acting on stage.

“I don’t like having to remember lines…and be people-ready every day,” said Becerra. “As a crew person, I get more satisfaction knowing that I am a moving piece of the show…as a stage manager I get that because I’m telling everyone where to go at what time, and I’m making it all come together.”

Along with the self-satisfaction, working as a crew member has allowed Becerra to meet and work with some very professional people, including Thomas Miller, who works in the musical Finding Neverland.

“I’ve made lots of older brothers and older sisters through it… I get lots of little sister favors because in the theatre world, I’m very young,” said Becerra.

“I get more resources [as a crew member]…because I get to learn lots of cool stuff about building things and as well as just learning how to work with other people,” said Becerra.

Having these skills at such a young age has allowed her to work in bigger productions outside of school musicals, such as Shrek the Musical and La Cage Aux Folles. She hopes to continue doing what she loves at San Francisco State University in the fall.

“I hope to produce and tech design my own show, but I’m not necessarily jumping to Broadway. The Bay Area is just fine for me,” she said.