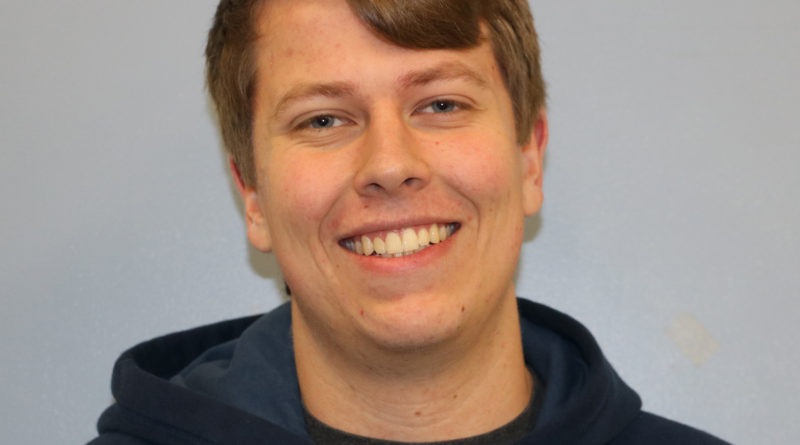 Everyone loves a good movie, and almost everyone will say that they’ve thought about becoming an actor one day. Performing in Hollywood movies, walking down the red carpet, having your face on the cover of a magazine. However, few people have the audacity to pursue this career or have what it takes to succeed. But senior John Hargrove aspires to be one of Hollywood’s finest one day. It all started when he was about 13 years old.

“I was an eighth grader who didn’t really do anything, and my mom wanted me to get into something,” he said. “So my mom offered for me to go to a youth community theatre that was run by my brother’s baseball coach. She said to just try it and if I didn’t like it I never had to go again. I went to it, and I had enough fun to want to keep coming until I one day realized it was more than a hobby. It may sound a little cliché, but I sort of found the art in it.”

Hargrove is capable of being an actor one day, and he’s ready for whatever obstacles are to come.

“I know that it’s difficult and there is the stigma of trying to become an actor, but I’m going for it,” he said.

Hargrove is in fact already well on his way to becoming an actor.

“I just got accepted to Cal State Fullerton; although it’s not a super standout college, it has a really good economics program, and a really good theatre program and they offer a BFA in acting, which is like a regular bachelor’s degree but for the fine arts,” he said. “I’m doing everything I can at school to be a part of our productions and doing things outside of community theatre. I’m going to be crewing a show in February, and just doing everything I can to get experience.”

When asked about his favorite project he replied, “Just this past weekend, the guy that originally got me into the community theatre asked me and my friend Sarah Dove to do a small show with just the two of us to have a more professional style, more rehearsal, shorter time frame, and we just did a two-person show versus a 17 people cast, and just working in a small group was very fun and different.”

It is obvious that Hargrove has the experience, drive, and audacity to pull of this career choice. To him we say, “break a leg!”