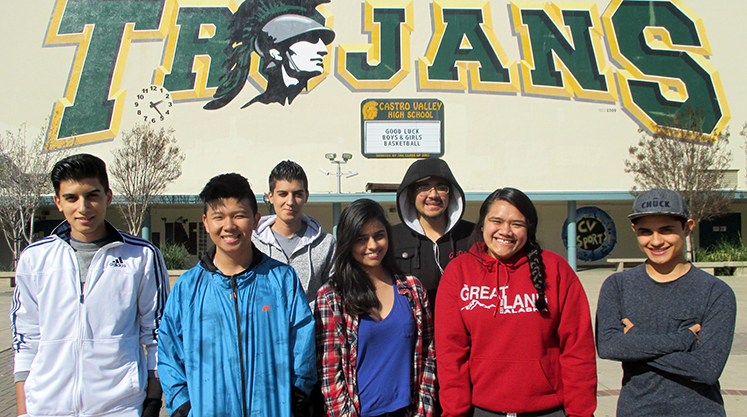 Sometimes, making a transition from one school to another can be difficult and stressful. You have to deal with unfamiliar territory, find where you fit in, and learn your way around in hopefully a short amount of time. However, for a small group of students, their transition is even harder.

About 130 CVHS students have recently arrived from foreign countries are learning English as a second language even as they deal with all of high school’s other challenges.

They came to a new country, very far from where they’re from, and left everything they once knew behind to start over again.

“The goal of the English Learner program is to prepare students with the academic content and language they need in order to be successful,” said teacher Amanda Staab.

Hong Wei Li and Richard Liu both came from China about three years ago. They say that schooling back in China was very strict, and they had to take around eight classes, compared to our six classes on average. Liu also added that in China, when students misbehaved, they were often punished physically. Overall, the transition from China to America has had a positive outcome for them, and one of the biggest benefits they said was that the air here is much cleaner.

Three years ago, Mena Saad and Madonna Barsoum moved to America from Egypt. They both agreed that school was much harder there, and school now seems too easy for them.

“I was happy to leave Egypt because it was complete anarchy and it was not a clean place,” stated Saad when asked if he found the transition from Egypt to America difficult.

One thing Finn Pham, who is from Vietnam, and Yong Park from South Korea, miss in particular is the food.

Park stated, “I miss Korean barbeque the most. There isn’t much of it around here.”

From Afghanistan and India, Elaha Mohmand and Gurveer Kaur had similar thoughts about the adjustment they made when they moved.

“For me, the adjustment was not stressful at all, I love the people here. They’re very kind and helpful,” said Mohmand.

Kaur compared the amount of time spent in school and thinks the most enjoyable thing is that we get so many more days off of school here than they do in India.

Fortunately, all their lives seem to have been changed for the better since moving to America.