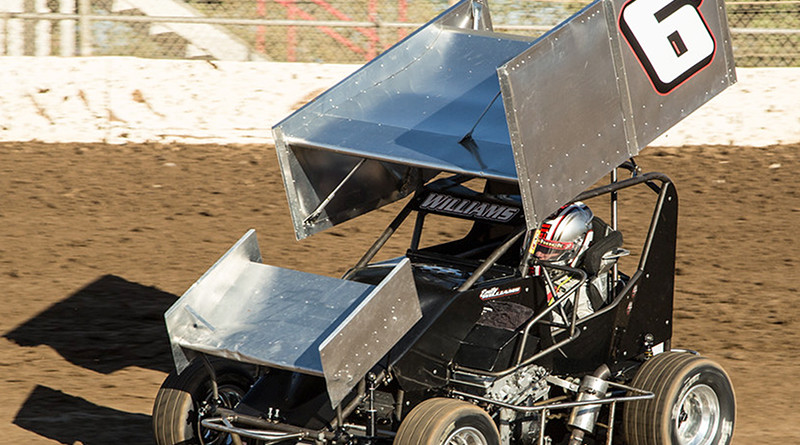 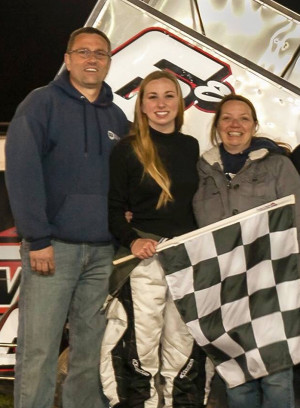 The cars are coming down the track, it’s too close to call as they reach the final bend. The colors of cars blur by, silencing the previously rowdy crowd. All eyes are on the finish line. One by one the cars zoom by, crossing the threshold that would decide their placement, and it looks like once again, Emily Williams takes first.

Williams is a senior at CVHS with a passion for racing. Since the age of nine, Williams has been racing, starting with outlaw go-carts in her first four divisions, then gradually working up the divisions in oval dirt track racing. At the end of freshman year, Williams started racing Micro Sprints, which is the highest division car and competition level, and continues to race in those divisions today.

Before Williams started racing, her dad had raced before her, and this is one of the reasons that she started racing in the first place.

“My dad grew up racing, ever since he was five years old,” Williams said.

Williams loves the race but is no stranger to the dangers that come with the fast-paced sport. In a race, Williams can go up to 70 miles per hour in her car. Williams goes into each race fully prepared to do her best, but is still aware of the many things that could go wrong during a race.

“There are many dangers that go along with racing. Racing wheel to wheel at such high speeds as well as pushing your car too hard can definitely be unforgiving,” she said.

Williams has also had a personal experience with the dangerous side of racing,

“There was one a time a few years ago when I got pushed up into the wall by another driver; he basically wrecked me. My car did a cartwheel and landed hard on all fours. Then I got hit multiple times by other drivers that were behind me and had nowhere to go to avoid hitting me,” she said. “One of the cars actually ran over the front of my car and broke it, running over my leg. I ended up with a bruised calf muscle and whiplash in my back from the hard impact from the ground.”

During her racing career, Williams has achieved many awards and accomplishments. She has placed onto the podium in a total eight different championship races, and has won in the West Coast Nationals, a very prestigious race.

Williams describes her favorite aspect of racing, saying, “I love the competitiveness that goes with it. I’m the underdog because I’m a girl, and I like proving to the guys that I can do anything they can do.”

Williams is truly inspiring for both her many accomplishments in racing, and her quest to prove that gender doesn’t matter on the track or anywhere else.

Williams predicts that she will be racing for a long time and when describing her future. She comments, “I plan on racing however long I can: throughout college and adulthood.”

After her racing career, Williams plans on continuing the family tradition saying that she wants to “pass down my love for it to my future children.”

Being a racing champion doesn’t happen overnight though. Williams is very dedicated to her sport. Williams estimates that on an average week she will spend about six to seven hours preparing for the next race and working on her car. In addition to the extensive time that Williams put in to prepare, she also will have to miss some school to attend competitions.

Commitment and hard work is what made Williams into an amazing racer. Williams will surely have many more racing accomplishments in the future, and leaves some words of advice to anyone that is afraid to break the mold, or try something new.

“Just believe in yourself. Don’t let what other people think drag you down,” she said.

Williams will hopefully inspire people to try things out of their comfort zone, and prove that even if people don’t think that you can overcome any obstacle, that you can.