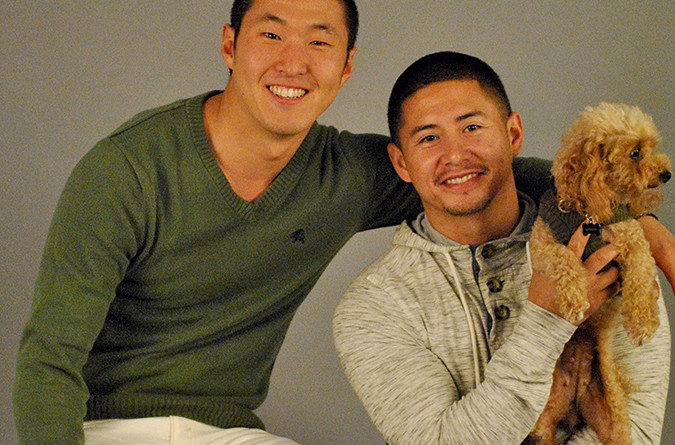 Arthur Renowitzky faced an intense hardship with inspiring strength. He had a seemingly unattainable goal. Eugene Yoon wanted to help, but what could he do?

Yoon decided to walk 2,663 miles so his new friend could walk at all. These two CVHS graduates have recently gained nationwide attention through their inspiring message of kindness.

In 2007, Renowitzky was paralyzed in his lower body by a gunshot wound from a robbery. He woke up out of a coma to learn that he might never walk again.

“When hearing those words, I wanted a message that told people to never give up and that life will go on,” he said.

Renowitzky founded Life Goes On, a foundation to provide spinal cord injury victims and their families with support towards recovery as well as to advance the independence of those living with spinal cord injuries.

“It’s so easy to just not want to get out of bed and accept that you’re paralyzed, and that life is over, but it’s not. You can still do whatever you want, chase your dreams, you can go wherever you want,” he affirmed.

Still, Renowitzky knew that he didn’t want to be in a wheelchair forever. Somehow, even with the irreversible damage to his spine, he was going to find a way to walk again.

This is where Yoon comes into the picture. Both he and Renowitzky graduated from CVHS in 2005, but never met while in school together. Renowitzky, through his foundation, posted motivational videos on social media, which caught Yoon’s attention, and they became Facebook friends in 2014.

“I remember seeing Arthur doing incredible physical feats, like doing pull ups in his wheelchair,” Yoon recalled. “At the bottom of each video he would write something inspiring like ‘don’t give up on your dreams,’ and that’s when I learned about his dream to walk again.”

Yoon draws much of his inspiration to do good in the world from television host Ellen DeGeneres, who ends her show with the suggestion to show unconditional kindness to others. Yoon vowed to live in a way that would be gratuitous to others.

A few months later, he was corresponding with his new friend Renowitzky and watched an interview of an author who hiked the Pacific Crest Trail (PCT). That was when inspiration struck.

“My act of kindness, to be kind to one another, was to hike the Pacific Crest Trail to raise money for an inspiring philanthropist,” he stated. 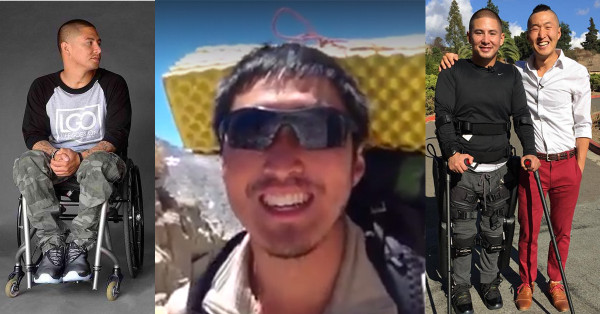 Originally, Yoon’s plan was to hike the length of California, but he extended his journey to the border of Canada, making it a six month, 2,663-mile trek. During such a daunting task, he faced incredible physical and emotional stress.

“I remember hitting a wall emotionally. ‘How am I going to keep moving? How am I going to keep the motivation to finish this thing?’ And that’s when I saw a lot of Facebook comments coming in about how this campaign influenced them, and that motivated me to keep going,” Yoon recalled. “To see all these stories of how people were extending kindness in their own lives, that’s an incredible feeling.”

Yoon met people who greatly influenced his life on the trail. He knew that Renowitzky and his supporters were counting on him to trek through the mountainous terrain.

“My favorite moment when I was on the trail was when I got the phone call that we had raised enough money for Arthur to walk again,” Yoon said. “In my head I can just go back to exactly where I was standing.”

Journalists and media showered both after Yoon completed his journey and Renowitzky got his new legs. The two have relished the opportunity to raise awareness for spinal cord injuries and to spread their message of kindness.

“To have so many journalists and different media outlets come to us because our message was resonating was such a validation for both of us,” Yoon stated. “Being kind to one another, although may sound idealistic to a lot of people, really does work.”

Renowitzky now uses his ReWalk Robotics exoskeleton as often as he can. After eight years of being wheelchair-bound, he continues to adjust to his newfound freedom thanks to his supporters through it all, and especially to Yoon.

“I love every second of just walking,” he said. “I mean, people take it for granted every single day, the ability to just wake up every morning and just roll out of bed. I’m so much happier now that I can walk whenever I want.”