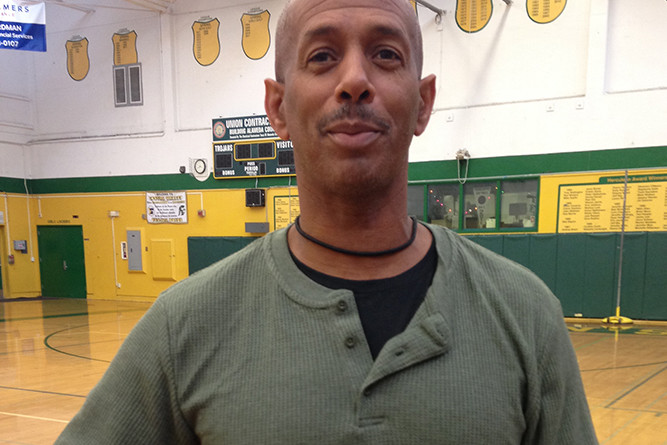 The varsity basketball team got a new coach named Anthony Geddins. Geddins has been coaching basketball at Pinole Valley High School since 2000, as well as coaching football. He has watched eight of his players rise to success, including Marshawn Lynch of the Seattle Seahawks. This is going to be his first season not coaching football.

Coaching since 2007, his team has made it to NCS playoffs. In addition, at least 30 of his athletes have gone on to play in college. Geddins is a very successful coach who makes sure his players work hard so that in the long run, they have a successful season, but also makes sure that they have a good time.

Geddins has lived in Castro Valley for about a decade, and the commute to Pinole and back was tiring, so when he saw an ad on the NCS web site about a position opening up at CVHS, he took the opportunity.

In regards to goals for the season, Geddins said, “My goal for Castro Valley is to always be competitive and to get to the CIF state playoffs. With the senior leadership that we have, that should be an attainable goal. Go Trojans!”