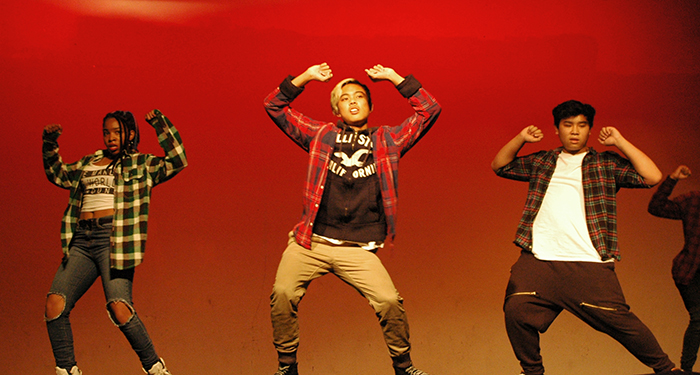 Castro Valley Distributive Education Clubs of America (DECA) hosted a new annual CV’s Got Talent show on Thursday, Nov. 26. The fundraiser was to support the club that prepares emerging leaders and entrepreneurs in careers for marketing, financing, hospitality and management around the globe. The show featured a variety of CVHS students with exceptional talent.

Opening the show was VIVIFYD. The band wowed the crowd with their original song.

Setting off the show was Urbanize, a dance group that stole the audience with energetic and fresh moves which won the People’s Choice award.

Solo violinist Matthew Major received third place for his performance on his quiet yet captivating violin.

Nathan Roura swept the show with his passionate violin and guitar performance which led him to receive the first place prize.

A hot trio who calls themselves Pots and Pans featuring a beatboxer and two singers fired up the stage with their rendition of “I Want You Back.”

Other acts included Alysia Maestas rendition of “I’m Not The Only One” by Sam Smith, Alex Shuck’s guitar solo, and Calista Fratto’s tap dance.

The donations from audience members gave Castro Valley DECA a chance to give back to an important cause and make a donation of over $150 to the Muscular Dystrophy Association (MDA).