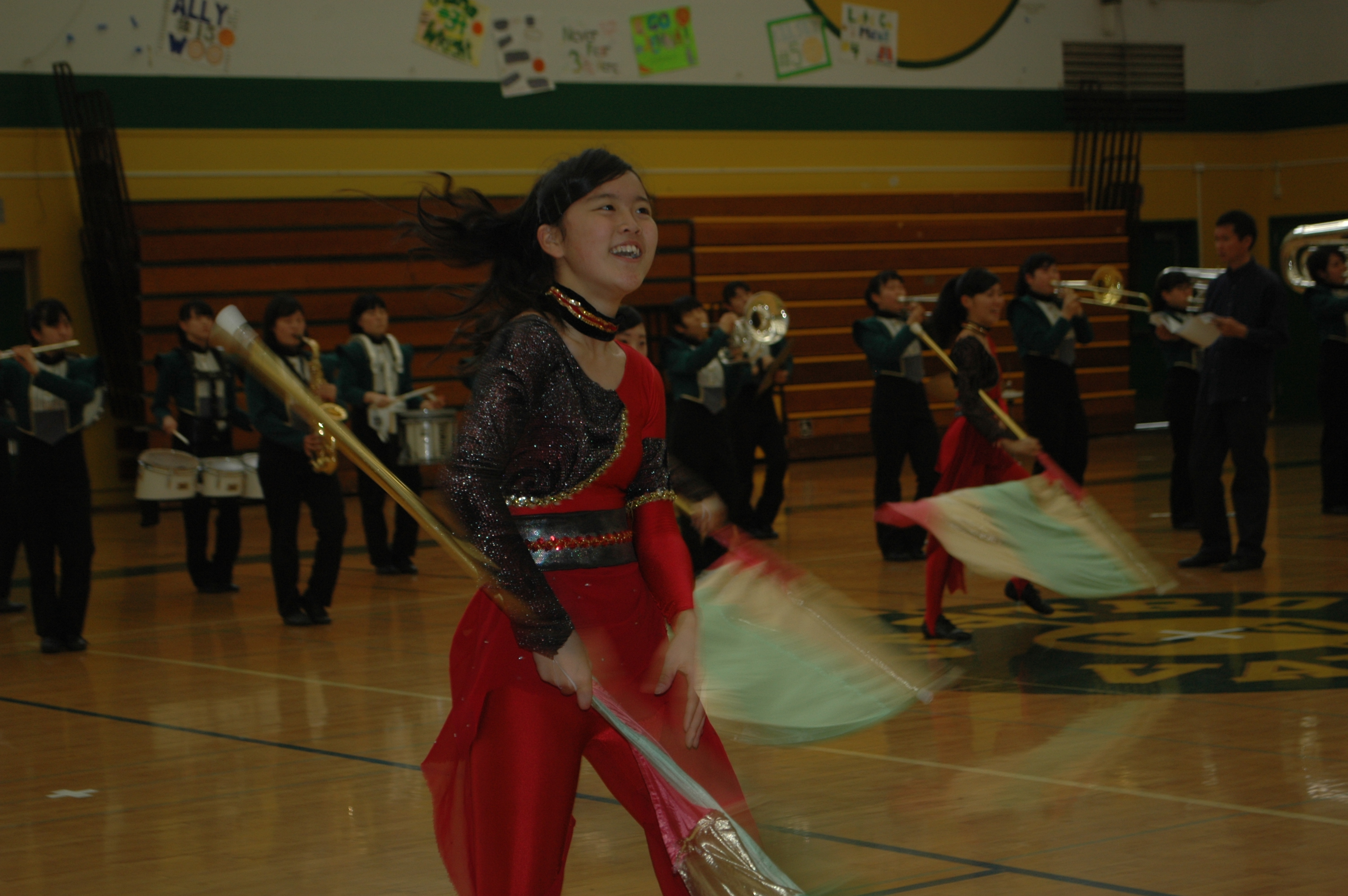 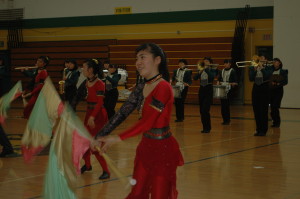 Japanese exchange students put on a breathtaking band performance on March 15. The students, around 40, came earlier that week from an all girls high school in Hiroshima, Japan and stayed with CVHS host families.

The girls’ talents were on display at the performance ranging from playing rhythmic music in the band, doing impressive routines as a color guard, and skillfully tossing batons in the school’s nationally ranked majorette club.

Their hard worked really showed with the synchronization and accuracy of all of the acts including an amazing “Let it Go”  baton routine to finish off the show. The color guard and band also worked together in an amazing act where both sounds and sights complemented each other through three band-played songs. 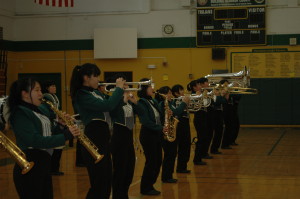 Though the exchange students didn’t spend much time during the day at their hosts’ homes, there was still time for CVHS students to get to know their guests. “They taught me how to write my Japanese name in kanji,” said host Angel Lam.

The language barrier was a difficult thing to get through between the hosts and the students who only spoke a little english. “I tried my Japanese but it was really hard and awkward to try to speak to them in their language,” said Lam.

The exchange students will be going to Disneyland after their stay in Castro Valley although they enjoyed their time in the Bay Area.

“Maki, one of my family’s exchange students, was overwhelmed when we took her to the Build-a-Bear in the mall because they don’t have anything like that in Japan,” said Emiko Hendee. Tamaka, on the other hand, had the most fun playing board games with her host family.

The girls of Sanko high school have seen and experienced much more than the average CVHS student. Although their travels are because of their incredible talents, most find that their favorite part about traveling is meeting new people.