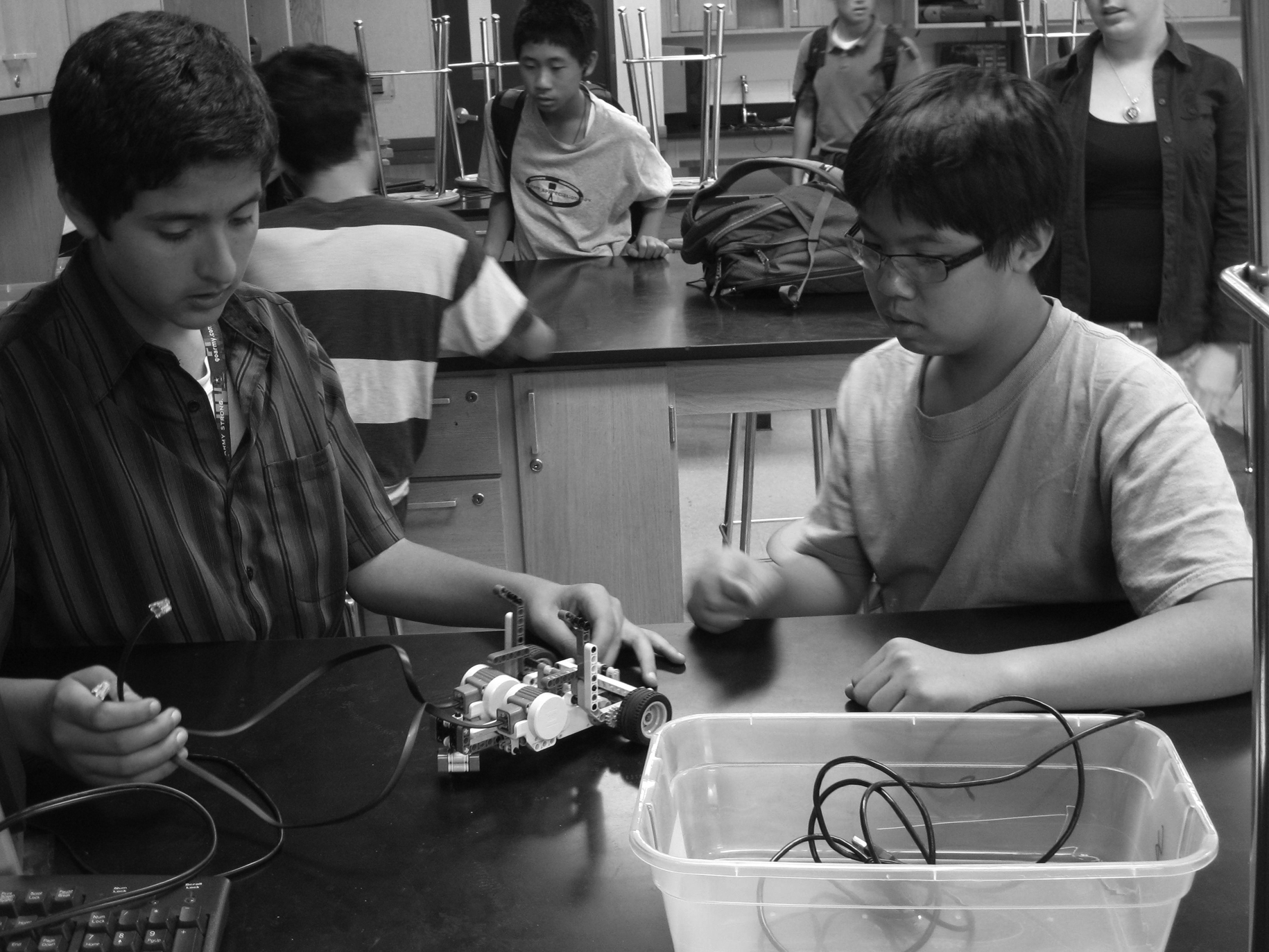 A regular week in Robotics starts with academics on Monday.  During block days, the students do labs that involve building robots and program designing.  Thursday is dedicated to learning a programming language, called “C-language,” used to program the robots  At the end of the week on Friday, the class recaps the homework, academics learned during the week, and takes any quizzes or tests that are scheduled.

“It works like a physics class in the notes, but there’s a big difference because we get to build robots and program,” said junior Robotics student Ace Spitzer.

Robotics is still in the process of being UC/CSU approved.  A layout of the class, paperwork, the standards, and planned labs has been submitted so this class can be considered a laboratory science class. Pinsky expects the approval to happen by the end of the year.
“This is something I’ve wanted to do for a long time.  I think when Lindsey Matheney came, it helped it along,” said Pinsky.
The Robotics class has obtained a large selection of robot building sets to use for labs and demonstrations.  They have 14 Lego kits, four different kits, six communication kits, “Mindstorm” kits, and “Boe-bot” kits.  Each kit consists of about 600 pieces, which makes up to more than 15,000 pieces of robot making parts.
“I hope the students will take away an appreciation and build confidence that they can accomplish something on their own,” stated Pinsky.  “This is a lot of individual work, less of me stand-up lecturing and more of [the students] following the instructions of building robots, programming robots, using their creative ideas to try to make the robots do stuff that they never thought they could do.”