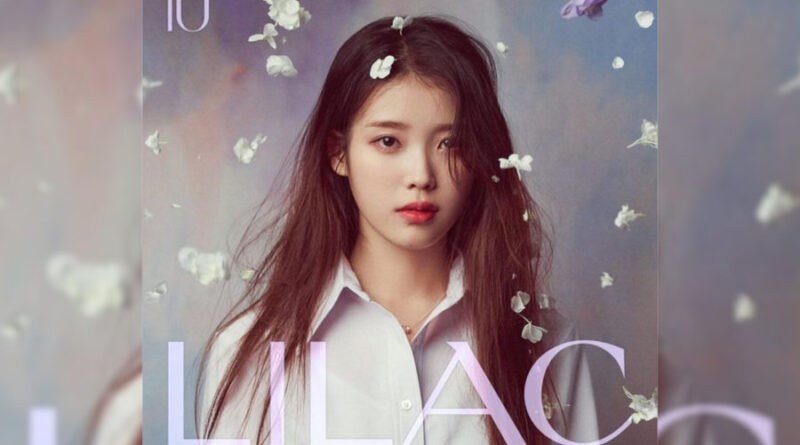 Waiting at the side of the train tracks before her journey, Korean musician IU, or Lee Ji-Eun, reflects on her youth with her new hit album “LILAC,” IU’s fifth and final album before her thirties released on March 25.

The name of the album and title track is named “LILAC,” because the flower symbolizes the memories of youth. The music video of “LILAC” shows the journey of the artist in the form of a train ride. Inside of the train she experiences her golden twenties as well as the negativity and backlash from her haters.

Upon first listen, the song sounds like an optimistic spring picnic song, but actually it is a bittersweet farewell to the decade filled with the artist’s milestones and memories. Although many people dread to accept that they are getting older, IU instead sees her career as a breath of nostalgia and spring.

All 12 songs from the album show a different era of her life. The genres range from bubblegum pop, upbeat retro, and soapy ballads, all filled with IU’s beautiful vocals. Each song has a different message dedicated to her fans. For example the single “Celebrity” tells fans to embrace what makes themselves different from others, because that is what makes them unique like a celebrity.

To wrap up the album, IU ends with the epilogue beginning with the lyrics “Was it good to know me? Was it good to love me? Are the old songs I would sing for us still comforting.” Many fans are worried that this may be the final album the artist puts out before her retirement, but IU reassures her fans that their support is enough and keeps her going.

For a long time, IU was known as the “Nation’s Sweetheart” in Korea. Now a worldwide idol, it is clear that everyone loves her as she has already won five wins with the “LILAC” album. Fans can’t help but wait until the artist comes back, but for now she will start a new period of her life.