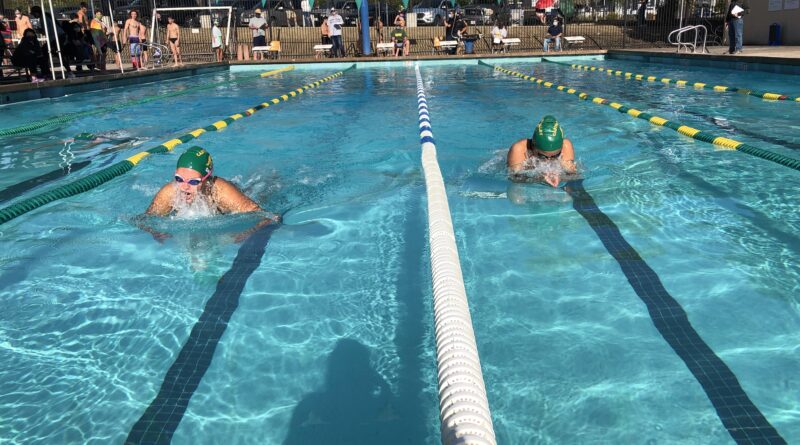 Despite the short season, the CVHS boys and girls swim teams celebrated the end of their year in strong fashion, concluding the season in a fun “green and gold” meet against each other.

With only one official swim meet against Mt. Eden, the team finished undefeated after winning against the Monarchs on March 26. Many scheduled meets were cancelled by other teams due to scheduling conflicts and COVID-19.

While the team lacked in meets, swimmers were able to practice for eight weeks, in modified one hour practices for four days a week. Swimmers were split into four cohorts of 12, with two in each lane on separate ends of the pool to maintain as much social distancing as possible.

“We had a pretty interesting season that was definitely different than the past three years. It was really weird at first but I’ll miss swimming with my friends,” said senior Alisha Zen.

Unlike last year where traditional senior send offs were cut short, seniors this year were able to commemorate their years of swimming for the high school as well as their respective summer and club teams after their last meet on April 16.

Parents were allowed to attend and cheer on their seniors as they swam their last laps as swimmers for CVHS.

“I’m going to miss all the friends and memories I’ve made throughout these years on the swim team,” said senior Kathryn Scheberies.