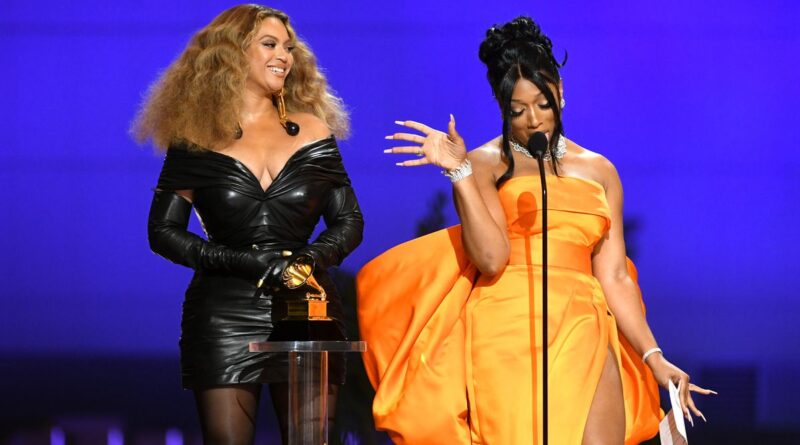 On March 14, the 2021 Grammy Awards Ceremony was held, which awarded a variety of musicians for subjectively being the best at their respective genres of music. This year, the ceremony faced a lot of confusion and uncertainty since the event itself required the physical presence of the nominated musicians. And, because of the global pandemic, that was not quite possible. Their solution? Go semi-virtual!

While the Grammy staff and selectively picked audience remained at the event building to announce the names, most nominees patiently waited in a video call and would turn on their mic if their name was called. Despite a few hiccups, the video to in-person transition was relatively smooth, and the event remained completely on track.

The show opened with a tribute performance to the song “Mercy, Mercy Me (The Ecology,)” by Marvin Gaye. The tribute featured the vocal and instrumental skills of a diverse selection of groups and artists. Three-time Grammy nominee Jhené Aiko was one of the few people to actually be in-person announcing the names of the winners.

Following the different winners, watchers got to see a number of performances by the hot artists of our time, including Megan Thee Stallion’s unforgettable performance to a remix of “Body” and “Savage.” Other artists and groups who performed for the Grammy event include BTS, Doja Cat, Harry Styles, Billie Eilish, and Post Malone to name a few.

“Women have a great impact on the music industry, so I’m very glad so many got recognized in the music category,” said Haylie LaBang, reflecting on the amount of women who received awards that night. “However, I do still have very strong opinions about some of the categories. I think Rina Sawayama should’ve won album of the year.”

“I’m very upset DaBaby didn’t win a Grammy this year,” said Josh Levano, frustrated that the artist didn’t win any of his nominated categories. “He’s one of my favorite rappers and seeing his talent get unrecognized is pretty lame.”

Still, the Grammy event received a lot of criticism — fans, musicians, celebrities, and everyone else had something to say about the show. From politics to personal taste, many people got to social media to express both their pleasure and frustration with the event.

“I think Drake really popped off this year and should’ve won a category,” said Josiah Carmona. “But he made a lot of valid criticisms about the Grammys on his Instagram. There’s this like, huge disconnect between the awards and actual talent.”

However you feel about the choices made for the 2021 Grammy Awards, it is hard to not be inspired and moved by the many speeches given out by artists who had won. Beyonce, who holds the record for most Grammy Awards won ever, gave an impactful speech about positivity in a seemingly dark time for the world.

“As an artist, I believe it’s my job and all of our jobs to reflect the times,” Beyonce said in her acceptance speech for Best RnB Performance. “It has been such a difficult time so I wanted to uplift, encourage, and celebrate all of the beautiful Black queens and kings that continue to inspire me and inspire the whole world … I know my daughter is watching, two daughters and my son, y’all are all watching. Congratulations Blue. She won a Grammy tonight.”