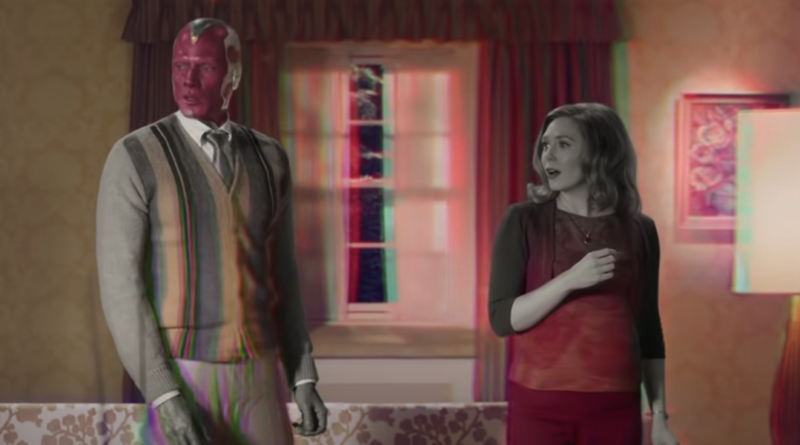 Marvel’s “WandaVision” has been taking the world by storm since the release of its first two episodes on Jan. 15. Fans of the Marvel Cinematic Universe (MCU) were not sure what to expect when early glimpses of the miniseries teased an entirely new approach to the superhero world, but they were not disappointed.

“WandaVision” is a clever combination of retro sitcoms and classic Marvel action. It follows the beloved Wanda Maximoff, also known as Scarlet Witch, and the not-quite-human Vision. The timeline picks up after three weeks after “Avengers: Endgame,” with the two superheroes blissfully in love and, puzzlingly, living the suburban dream.

The first episode, titled “Filmed Before a Live Studio Audience,” appears to be a 1950s sitcom, complete with grayscale, and really was filmed before a live studio audience. Wanda and Vision appear to have the perfect setup in their quiet little neighborhood but then things start to feel off. Everything is not as it seems in Westview, New Jersey. As the episodes progress, the smiles become stilted, and both Wanda and Vision have to come to terms with the truth of how they came to be where they are.

Even though they appear to the rest of the town to be regular citizens, Wanda still has her magic powers, and Vision is still a high-functioning robot powered by the infinity stone in his head. They have to keep the matter that they’re superheroes on the down-low, which proves to be difficult several times.

“We are an unusual couple, you know?” Wanda remarks, though she appears entirely unbothered by the fact.

“Oh, I don’t think that was ever in question,” Vision tells her.

Throughout the series, there are heavy nods to shows such as “I Love Lucy,” “Bewitched,” and “The Brady Bunch.” There’s even theme songs and a nosy neighbor. The creators of “WandaVision” had lunch with actor Dick Van Dyke to discuss how to achieve a realistic sitcom feel for the first couple of episodes.

The miniseries also features a handful of side characters that Marvel fans recognize from the movies, as well as an appearance from an unexpected, but highly-anticipated guest. There are references to things in the MCU, such as Iron Man’s Stark Industries or events that took place in “Avengers: Age of Ultron,” the first movie in which Wanda made an appearance. Despite these connections, it’s easy for people new to Marvel to enjoy “WandaVision” without watching the 22 movies.

Episodes come out every Friday on Disney Plus, with the ninth and last episode airing on March 5. Wanda’s storyline will continue in “Doctor Strange in the Multiverse of Madness.”

One thought on “Get sucked into the funny and mysterious reality, “WandaVision””