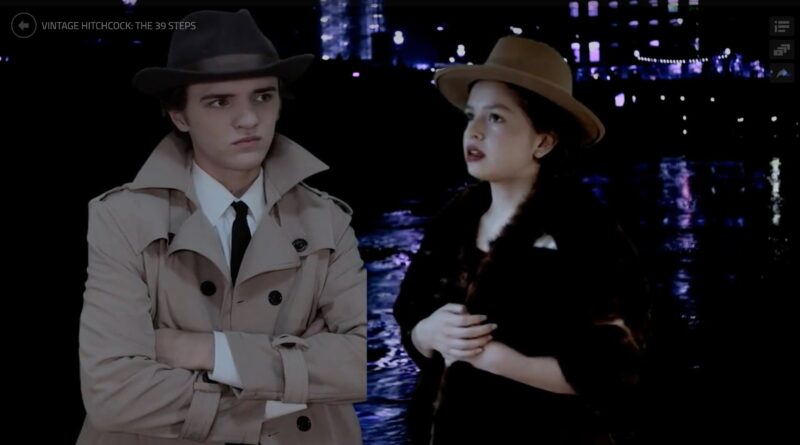 Despite the pandemic and social distancing requirements, members of the CVHS advanced drama class performed Alfred Hitchcock’s “The 39 Steps.”

“We had to create something that hadn’t been done before,” said advanced drama teacher Tiffany Daily.

For the first time, actors had to perform virtually, and students had to rehearse through Zoom. Individual footage was recorded on cell phones while actors stood in front of pop-up green screens. Students dedicated a lot of time and effort and spent several weeks creating the show due to the difficulties of virtual performing.

The play is about a man named Richard Hannay who attends a performance by “Mr. Memory” who showcases his talents with his photographic memory. A fight breaks out in the theatre and shots are fired. As the audience scrambles, Hannay finds himself with a mysterious woman named Annabella Schmidt.

Convinced to take her to his home, Schmidt reveals that she is a spy and the following day she is murdered. Hannay struggles to escape the police while being watched by a mysterious organization Schmidt told him about, called “The 39 Steps.”

“My favorite part of the play was the struggles we went through performing in such a different way,” said junior Zachary Furber Dobson who played the lead role, Hannay.

Despite the challenges, the advanced drama class worked hard and are pleased with their performance and are excited to present their show to CVHS.

So check out the Broadway On Demand website and watch this thrilling performance of “The 39 Steps.” The show airs through http://broadwayondemand.com from Dec. 4 at 8 p.m. until Dec. 5 at 8 p.m.