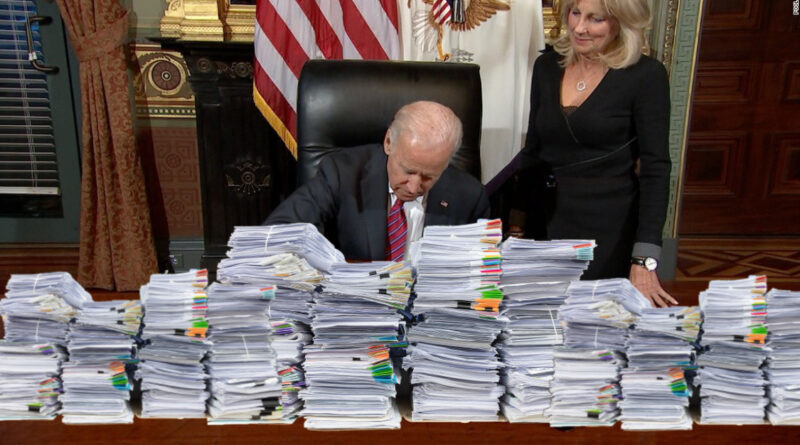 Congratulations on your election. Here at The Olympian, we are thrilled to have you as our 46th president and look forward to what the next four years will hold.

The COVID-19 pandemic has taken a major toll on our lives for the past eight months and we are hoping to see improvements. We believe expanding mask requirements and increasing access to testing would be beneficial because they have been proven effective methods of keeping cases under control. In the long run, we think developing a vaccine should be made a priority, and once it is made, it should be easily accessible to everyone because a vaccine is our best solution at returning to our “normal” lives quickly.

Climate change is a growing issue that requires attention, and it is important to us that your administration address it. We suggest protecting endangered species in the Arctic by permanently preserving the Arctic National Wildlife Refuge, building more efficient cars and buildings to reduce waste that contributes to climate change, and making agriculture a key part of the solution to sustain the environment. Your administration’s plans for climate change gained our approval, and we believe they will yield positive change. However, try to also appeal to Republicans, conservatives and Trump supporters who are concerned about the economy.

A large sum of our budget goes towards the military, which is why we support a decrease in military funding and using that money for other projects. We also think the ban on transgender people should be lifted because it is discriminatory towards a person’s gender identity. The New Strategic Arms Reduction Treaty should be signed and the arms treaty with Russia reestablished, because it would ease relations with Russia and create a safer political climate. We also support U.S. military withdrawal from the Middle East because it would promote peace and also appeal to Republicans who support a withdrawal.

Trump’s presidency raised multiple moral concerns over immigration and we believe his actions such as separating families and keeping people in cages should be the first to be undone. Construction of his wall should stop, as it symbolizes bad relations with Mexico, and ICE should be abolished or reformed. However, immigration doesn’t need to be the top priority because COVID-19 is a bigger issue plaguing our country, and public health measures at the border regarding the pandemic should be kept in place.

The issue of civil rights has been ongoing in our country, and recently grew over the past few months, splitting our country. The Olympian supports the fight for equality, thus supporting the reinstatement of anti-discrimination policies from the Obama era and the expansion of affirmative action to jobs in order to protect people of color and uplift their voices. We would like to see systemic racism in law enforcement addressed and solutions found to reduce police brutality.

A more equal funding system for schools should also be established because the lack of funding for certain schools, especially in poorer minority areas, results in limited opportunities for those children.

Mr. President-elect, thank you for considering our suggestions and good luck helping our country to “build back better,” as your campaign slogan promised.

15 thoughts on “Suggestions for President-elect Biden”