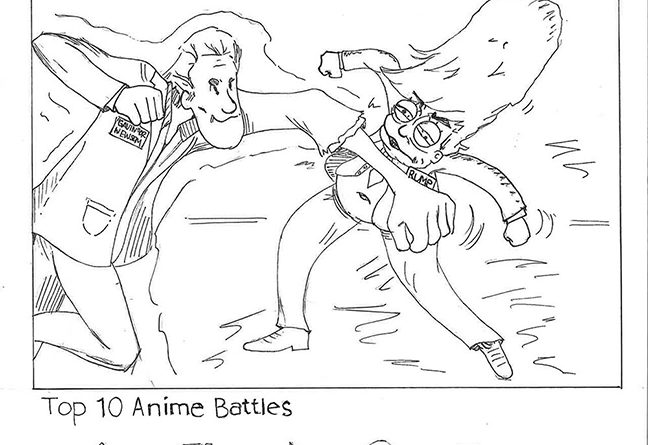 Gov. Gavin Newsom was inaugurated as the new leader of California following his landslide victory in the gubernatorial election, and has already begun reforms towards increased fire safety and prevention measures, more educational spending, and cheaper, expanded health care for all Californians, including undocumented immigrants. We at The Olympian generally support his proposed measures.

Newsom’s proposed fire plan includes a larger budget of $305 million delegated to combating wildfires which include methods making of forests less prone to fires, improving emergency responses, and updating equipment. He has also issued two executive orders to better prepare California for future wildfires and find new solutions for fighting them. CVHS has been severely affected by issues arising from wildfires in 2017 and 2018, and we believe these proposals are necessary.

The new educational budget would allow for an additional $3 billion among California’s schools from the General Fund. An additional $576 million would be spent on special education programs in schools, $1.8 billion to programs for children up to five years of age, including those supporting low-income families, and $1.4 billion for higher educational support. Though we support increased spending on special education programs and schools, we do question the effectiveness of spending such large amounts of the budget on preschool programs, when it might be more effectively spent in later education. In spite of this, we remain open to the proposed plan, should extensive research find evidence in favor of early educational programs.

At nearly $60 billion, roughly 30 percent of the new budget will be allocated to health care. These measures are, generally, to make prescription drugs cheaper for consumers, provide programs detecting and treating mental issues, provide clean, healthier resources and living, and expanding overall coverage and accessibility. California, which already provides coverage for undocumented immigrants up to 19 years of age, will extend coverage to those up to 25 years of age. We also support these goals. Expanded coverage will benefit many who are in need of medical aid, and early detection programs for Alzheimer’s and psychosis will eventually help even more.

Newsom has quickly taken action against these issues, and though we generally support him, there are some concerns. At $209 billion, Newsom proposes a budget dependent upon economic growth projections which may not pan out as expected. The educational budget alone relies upon a $21 billion surplus. He has also taken very progressive stances, some of which may alienate voters who stand not as far to the left. In such a case lies the possibility of a California Republican retaliation in future years, should he ignore these voters. Similarly, by standing up to President Donald Trump, he risks losing federal aid and emergency money. The final budget is to be negotiated by June 15, and already Newsom has asked Trump for greater cooperation. We at The Olympian remain optimistic and wish Newsom a successful term.