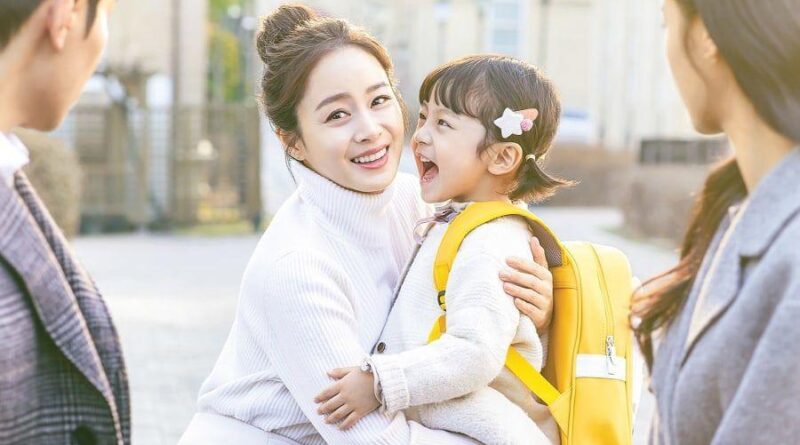 After years of watching her from a distance, a mother is finally able to hug her daughter for the first time. This scene is one of many emotional and heart-warming scenes in the Korean TV show “Hi Bye, Mama!”

This show brought up so many different emotions. I remember laughing and crying all throughout the show. The cast of the show was also amazing. The lead female actress Kim Tae-Hee managed to portray her character so perfectly to the point that I felt such a big emotional connection to her character and that goes for the rest of the cast as well.

“Hi Bye, Mama!” is a show about a woman named Cha Yu Ri who tragically died leaving behind her husband and newborn baby. For five years, she had been wandering Seoul, South Korea as a ghost watching over her daughter. After those five years, she gained a second chance at life for 49 days but to continue the rest of her life, she has to take back her place as her husband’s wife and her daughter’s mother. The only catch is that her husband had been remarried during those five years leaving Yu Ri and her family in a very tough spot.

This show was fun to watch but it also taught so many important lessons and morals about life. One example of that would be how the show tries to convey the message of living life to the fullest and not worrying about trivial things. There were so many themes of family throughout the show and it felt like the writers were trying to emphasize the importance of family and staying close to loved ones. They also conveyed the message of treasuring life and wanting to have no regrets.

“If I had known the time given to us was this short, I would have treasured every insignificant moment,” said Yu Ri’s husband after losing her. I felt this quote really conveyed the message of the show and how important it is to cherish every moment in life whether that moment is big or small.

When you’re looking for an emotional and eye-opening TV show, then “Hi Bye, Mama!” is undoubtedly a show I would recommend for you.