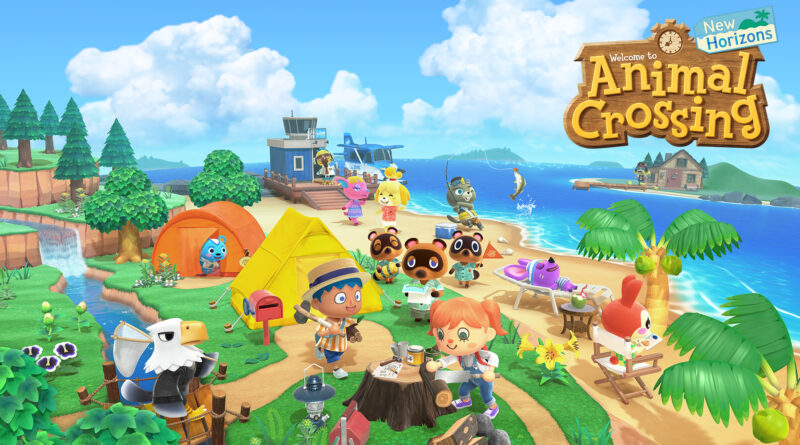 Back in March, Nintendo released its newest installment of the Animal Crossing series, “Animal Crossing: New Horizons.” With many at home due to the coronavirus, people around the world have bought the game to pass time. The game features a lot of fun for different kinds of people to enjoy, including fishing, decorating homes and islands, bug catching, dressing up, etc.

In the past, I’ve played previous installments of the “Animal Crossing” series. I was excited to see that a brand new version of the game was out. I bought the game online for $60 in the Nintendo e-shop, but there are physical copies as well. The game was everything I missed during quarantine: hanging out with friends, shopping, and discovering new places. It also had a new feature, not in any other version of the game called terraforming. However, I didn’t like that it costs money to visit a friend’s island online. Regardless, all of the cute characters and upbeat music made me happy during my shelter in place in the summer.

The game starts with the avatar of the player moving onto a deserted island. The player is then greeted by the infamous Tom Nook, where he explains that the player must set up plots for villagers moving in. Throughout the game, the player owes a huge debt to Nook, and by progressing in the game the avatar can pay off their loan and decorate their dream island.

As the player progresses farther into the game, they can interact with many villagers on the island. There are various tasks given by other occupants on the island like fossil collecting, or finding lost items. The player can build a friendship with all the animals on the island while designing a place for them to live.

“It’s a quirk of the premise: ‘Animal Crossing’ is a laid-back life simulator that takes place in real-time, forcing you to wait for things to happen,” wrote game reviewer Andrew Webster.

“Animal Crossing: New Horizons” is an amazing simulation of a peaceful getaway resort, full of fishing, gardening, and making friends. Overall, I would give the game five out of five stars for its unique gameplay. The happy music and joyful atmosphere are what everyone could use right now, especially in our current situation.

One thought on ““Animal Crossing: New Horizons” brings a new life at home”