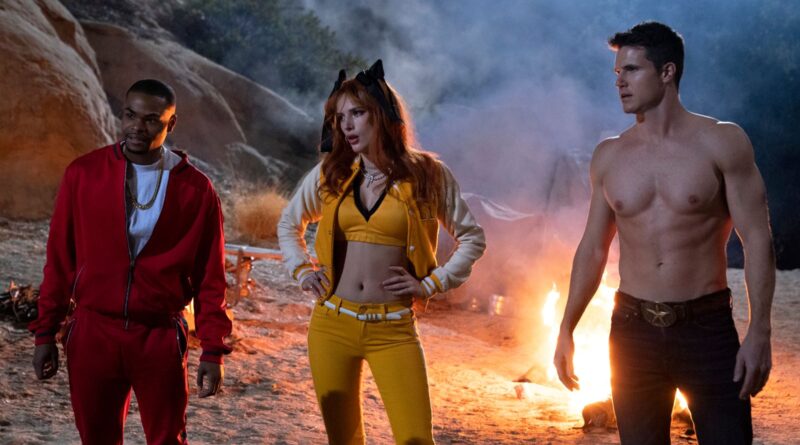 “The Babysitter: Killer Queen” is the sequel to “The Babysitter,” which was released three years before “Killer Queen.” “Killer Queen” takes place two years after the events of the first movie. In it, the satanic blood cult that pursued the main character, Cole, two years earlier is back from the dead and seeking revenge after Cole killed all of them.

The best part of “Killer Queen” is the characters. Everyone from the cult is back in this movie, except for the actual babysitter after which the movie is named and only gets a small cameo at the end. The best character out of the cult is probably Max, played by Robbie Amell, who has somewhat of an arc throughout both Babysitter 1 and 2. In the first movie, Max tries to teach Cole to stand up for himself while simultaneously trying to kill him, and in the second movie, Max states that he likes Cole more now that he was killed by him and he missed him. He acts like some sort of messed up teacher.

Another good part of “Killer Queen” is the gore. It isn’t realistic at all, but it works well for a movie with a comedic tone. Most of the blood is CGI and it’s obvious, but it’s not like they’re trying to make it look real. They do also use practical effects like when one guy’s hands get chopped off. It still doesn’t look real, but it works.

The worst parts of “Killer Queen” are the constant pop culture references and hit or miss jokes. You can’t go five minutes in this movie without hearing some, usually outdated, allusion to pop culture and, keep in mind, this movie came out last week. It’s ridiculous. Even the title of the movie is the name of a Queen song, which the movie uses near the end of the film. As for the hit or miss jokes, sometimes they hit, sometimes they miss. Sometimes the movie actually stops itself and the progression of the story to tell a joke. The music cuts and the characters spend what seems like hours trying to get a laugh from the viewers. It never gets anything. It’s hard to describe just how bad the comedy is in parts of this movie. Movie reviewer Brian Tallerico said, “McG and co-writer Dan Lagana pepper their script with nods to things that make it seem like they haven’t talked to an actual teen since 1999.” I’m gonna have to agree with that.

One thought on ““The Babysitter: Killer Queen” kills with comedy”