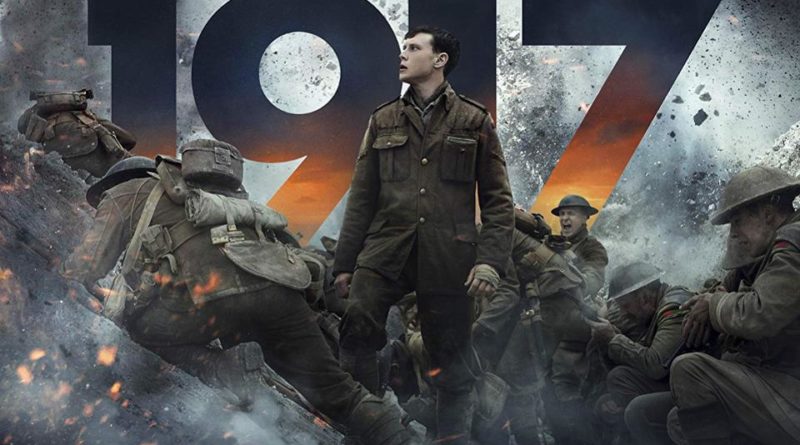 Two British Infantry officers are given orders to deliver a message to save 1,600 soldiers from a German surprise attack during World War I in the new film “1917.”

The camera follows Lance Corporal Blake and Lance Corporal Schofield as they travel through the battlefield to deliver the message. The movie was shot to look like it was filmed as one continuous shot. The continuous effect makes it feel lifelike. It feels as if it were a third-person video game or in real life where you are closely following the officers.

The soldiers travel through German trenches, No Man’s Land, enemy bunkers, and more as they moved along the French countryside. The loss of life, destruction of war, and allure of nature can be observed in the background. At several scenes, the images of dead fighters in the dirt were shocking and horrific.

Suspense from the German side intensifies the plot. Enemy soldiers had been planning the attack for long now, and 1,600 lives were in peril. Time to deliver the message was short.

“1917” was inspired by director Sam Mendes’ grandfather, Alfred H. Mendes, who fought in World War I. “I had a story that was a fragment told to me by my grandfather, who fought in the First World War. It’s the story of a messenger who has a message to carry. And that’s all I can say. It lodged with me as a child, this story or this fragment, and obviously, I’ve enlarged it and changed it significantly. But it has that at its core,” said Mendes.

“1917” won the award for best drama at the Golden Globes, while Mendes won best director.

“1917” is now one of my favorite movies since it utilizes modern filmmaking techniques to illustrate what it would have been like to fight in World War I about 100 years ago.

One thought on “From battlefield to big screen”