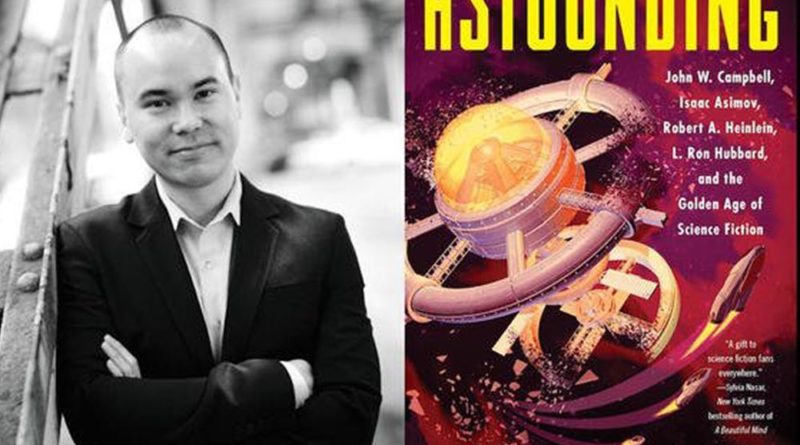 A Castro Valley High School and Harvard graduate Alec Nevala-Lee recently published the book, “Astounding: John W. Campbell, Isaac Asimov, Robert A. Heinlein, L. Ron Hubbard, and the Golden Age of Science Fiction,” which was mentioned one of the best books of 2018 by “The Economist.”

Q: Before we get into the book will you give a little background information about yourself?

Q. “Astounding” is about the authors and not about the books they wrote. How did you come up with that?

A: What I realized is that there has never been a biography of John W. Campbell, who was the editor of “Astounding” and “Analog,” during most of my period. Then, after talking to my editor, we expanded to include Asimov, Heinlein, and Hubbard who were probably Campbell’s famous, famous writers.

Q: I think students would love to hear that these successful authors weren’t quite what we would expect them to be. Can you tell us a little summary about your book?

A: Right now, you look around and science fiction is ticking over innovation culture and it’s everywhere, but during the 30s and early 40s that wasn’t true. All the writers knew each other, the fans knew each other, and they worked together very closely.

Campbell is the editor of the most respective magazine in the field, and this is a time when you could actually earn a living. Campbell wrote stories like, “Who Goes There?” which later became the basis for the movie “The Thing” and so he was very talented, but he also preferred to assign ideas to writers for them to work out on their own.

And even Asimov, who is this beloved figure and one of the most famous science fiction writers in the world, groped women at conventions for a decade. It was horrifying and I think it really affected the ability of women to be taken seriously as science fiction fans or as writers.

Q: Are you writing a new book?

A: I’m currently writing a biography of a man named Buckminster Fuller. He is best known for the geodesic dome, but he was a famous intellectual and a public figure, almost like an Elon Musk type figure during the early 60s and 70s, who I think is fascinating and kind of the guy who embodies some of the same themes from this book in real life. I just started working on it pretty recently and I’m going to have a book ready for publication in 2021.

Q: Do you have any advice for students who want to become writers like you

A:  Start as early as possible because it can take ten years or longer to break through. It took me about five years as a full-time writer before I published my first novel and another five years before I began to feel even like halfway secure. So the sooner you start the better and there’s no reason to put it off.