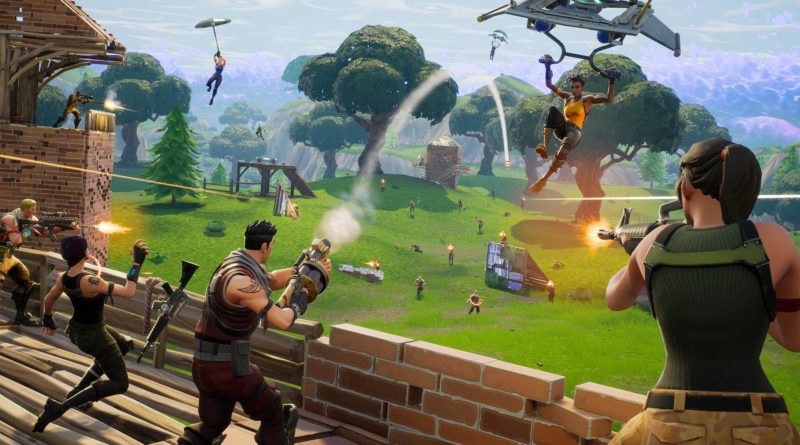 A game has taken over the world by storm, in reality and a virtual world within months. “Fortnite” is a game created by the company Epic Games whose game engine have been used to create games such as “Paragon,” “Ark,” and “PlayerUnknown’s Battlegrounds.”

The game “Fortnite Battle Royale” was officially released with one free mode on July 25, 2017. During its time as a free game mode, it started to dominate the battle royal, a “Hunger Games” like situation where 100 players fight against each other until one remains. The gaming community began hopping on the bandwagon and sharing the game. This game can be played on PC, PS4, and XBOX, but those on different devices cannot play together. There is also another game mode called Save the World.

As a new game, it has a few bugs and glitches which may not allow for the perfect gaming experience, but the bountiful features and the cartoon-like art style makes up for it well. The game also features a cooperative Battle Royale mode in which you can team up with one to three other players and fight against 100 people together.

“Fortnite” is also a relatively simple game to play and does not require much experience from other games. The map is also large and features many different locations from skyscrapers to farms. There is also a large variety of weapons to choose from as well.

The Save the World mode is currently $40 to obtain early access. However, it has been announced that the mode would become free later in 2018. Save the World has zombie-like creatures that overrun your world. The maps you play in are also randomly generated as to provide you a different experience every time. This game mode also allows you to earn an in-game currency called V-bucks which usually costs actual money to purchase. V-bucks also allow you to purchase from a large selection of characters and weapons.

Overall, as a fairly new game, “Fortnite” is pretty good. As “Fortnite” doesn’t force you to purchase anything, most people can play it. Many people play with friends and stream the game, which helps increase its already large audience. I believe that the game can only get better from here.