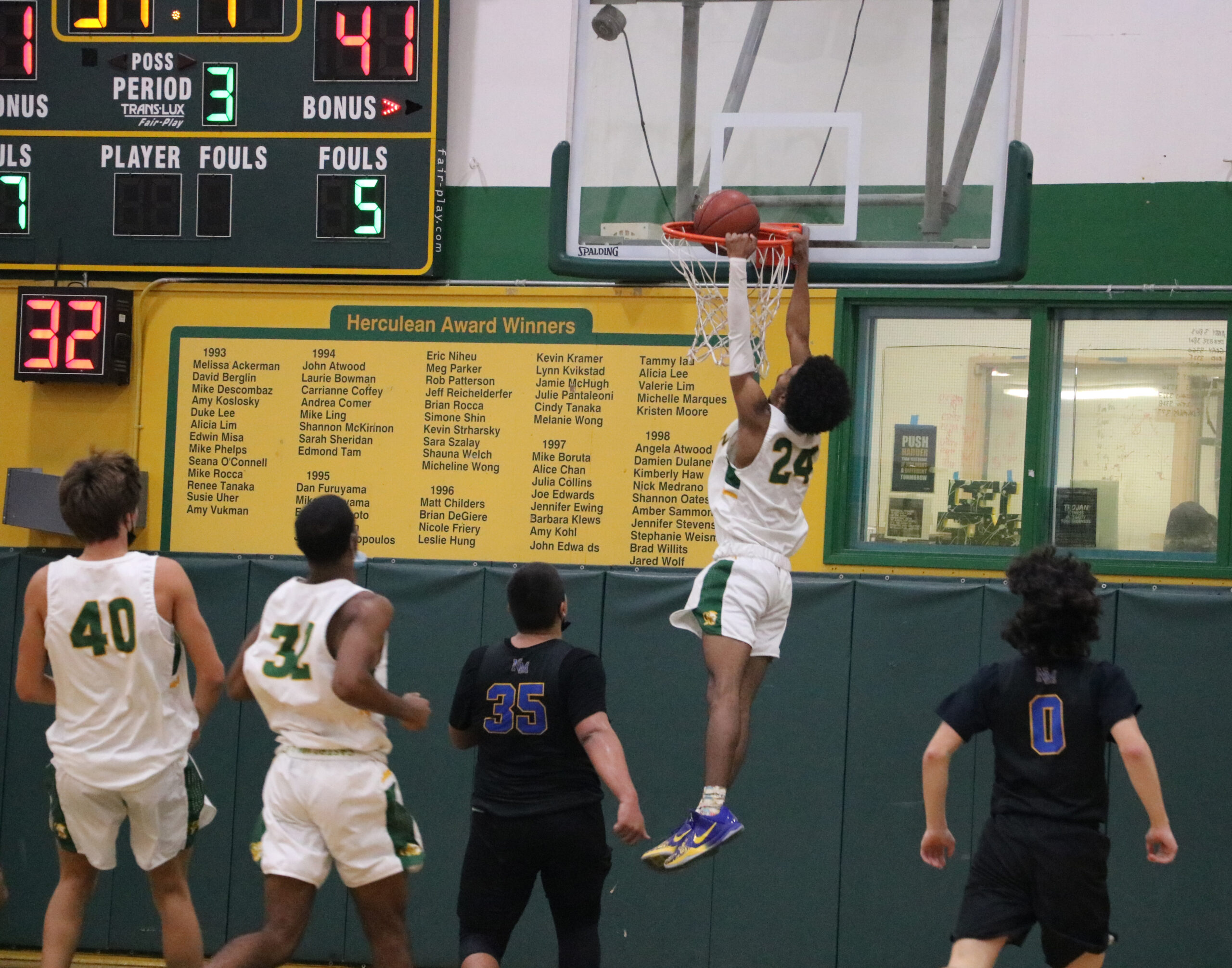 Out of breath from a racing heart and with sweat dripping all over, he knew the time was perfect. The score, the players, the roaring crowd, the yelling of frustrated coaches—but his focus was on the hoop. Adrenaline began to increase with every step closer to the basket. He gains speed for the right momentum and puts hope on strong legs to get him up. Slam! The ball leaves his fingertips and into the basket…the first points of the game made by Darius Jackson!

Growing up watching the Lakers and idolizing NBA player Kobe Bryant, Jackson picked up a basketball when he was five. He dreamed of matching Bryant’s mentality and intensity on the court. Jackson was always the smallest player on every team from being a few years younger. This was his push to make basketball a way of staying fit, healthy, and motivated.

Basketball being a fast-moving sport requires his physical effort even outside of practice. With his older brother, Jackson does conditioning in the CVHS gym—the weekends being his only days off. Hours of dedication turn practice into skill and, of course, impressive highlights. In a game, he plays to his own strengths while attacking opponents’ weaknesses.

The unpredictable issues caused by Covid-19 proved anything possible, putting the basketball season on the line. Already having the Trojans on hold for a week, Jackson used the extra time as an opportunity to work on his game. He kept himself in shape: lifting weights and playing by himself every day. Jackson worked with the given circumstances and, independently, ensured his readiness for when the Trojans got back.

“He’s an ultimate competitor and a very selfless person. He is one of our team leaders,” stated varsity basketball coach Terrel Carriere. “He is the type of guy that rises to the occasion and will lead by example.”

“Darius is one of my favorites. He pushes me to be a better player when we’re on the same team and brings competitiveness when we are against each other. Because we have played together for so many years, we know each other’s moves. That’s what makes it so easy to play with him,” explained Mateo Jackson, a teammate of six years. “It is great knowing I can always count on him to come through when I need him.”

With the influence and support of his family, Jackson aims to become a professional basketball player.

“My parents pay for tournaments, traveling, shoes, and more. They make sure I’m healthy. My brothers always give me the right advice, and they’re basically my two trainers. They try to be available at every game or watch it online. After, they would talk to me about the things I could’ve done better,” explained Jackson. “Because of them, I learned the values of basketball that go beyond what can be taught in any gym.”