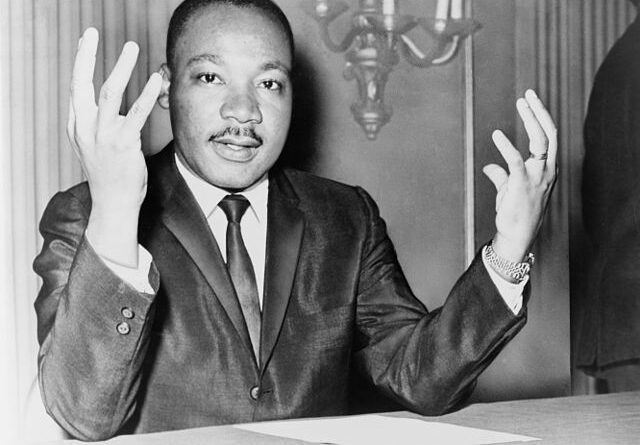 The event held a conductive conversation about the man’s ideas and legacy and how to move forward with his vision of an equal America. Dr. Jason Reimann, assistant superintendent and a self-described ‘educational leader, and advocate for young people,’ led the majority of the discussion. He shone a light on incredibly important issues with statistics and emotion.

“Having this conversation in the first place is a victory. As with any social justice movement we are actively being pushed against by many groups that benefit from oppression, especially when other districts are actively fighting against these conversations,” explained Reimann.

Many other speakers expressed their appreciation for the district for pushing important conversations about race and progressivism.

Reimann brought up many upsetting statistics regarding the economic status of Black communities, such as how homelessness disproportionately affects Black communities. He said 70% of the homeless population of Oakland is African American.

While systemic change is important, many speakers emphasized the importance of remembering your own worth.

“The only way to move forward is to be making the correct wages and it’s important to know what others in your position are making. Never undersell yourself,” said Marshall Elementary Principal Yvonna Rogers.

The center of the event was the multitude of student speakers, ranging from elementary to high school age. Brieaun Patton and Malachi Everett represented CVHS with two powerful speeches.

“Freedom needs to be fought for. Dr. King gave us the foundation we need to create change in this world,” said Patton.

“We have yet to fully achieve this dream of equality. Dr. King’s last speech was titled ‘I’ve Been to the Mountaintop.’ If I were to rename this speech in today’s time, Dr. King would be saying ‘Started From the Bottom Now We’re Here,’” said Everett. “What Dr. King saw on that mountain top was prophetic. He saw Black people standing united taking economic access through boycotts.”