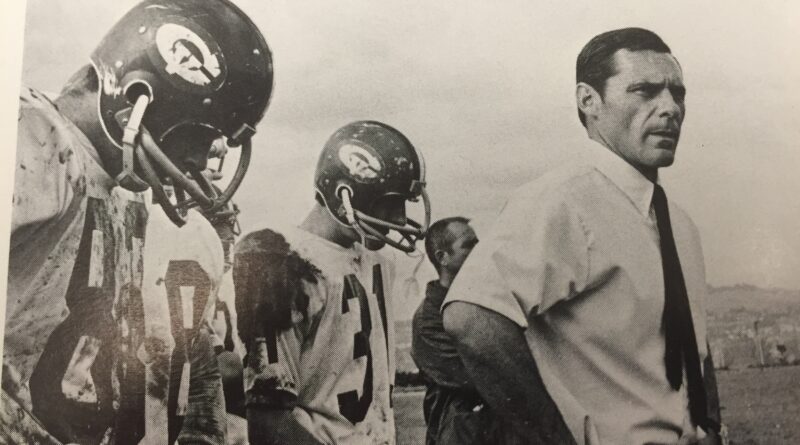 The CVUSD Board voted unanimously on Jan. 12 to name the CVHS football field in memory of late PE teacher and athletic director John Brosnan.

From 1963, coach Brosnan worked at CVHS until he retired in 1994. On Sept. 30, 2020 coach Brosnan passed away in his home due to an illness. He left behind a great legacy that continues to be remembered today.

“Everybody knew of him, but did not really know him. He spoke with very few words, but with his players he was very communicative. He gathered the athleticism and team spirit needed and built the program up to what it has become now,” said English teacher Clare Le Pell.

Brosnan made an impressive record on the scoreboard, but left a much greater impact on the players he coached.

Former student and football player Michael Klews describes Brosnan as old-school, tough and fair. Klews moved from Germany and never played football his entire life until his sophomore year. He played only for fun and with friends but Brosnan saw his potential. Brosnan made a deal with Klews that he could only play football if he was on his team: the varsity football team.

“Frankly for me he was probably more of a father figure than anything else. [The naming decision] should’ve happened years ago, not just today,” said Klews.

Around the school and in Alameda County, Brosnan made a well known name for his team and himself. Brosnan won the North Coast Section (NCS) Honor Coach in 1989.

“I know a lot of players spoke highly of him. If there was a committee that was created to name the field after him, he obviously had a profound impact on his players and the community during his time at Castro Valley High,” said football coach Denny Molzen.

For many years we have called it the CVHS stadium or the Trojan Stadium, but now students, staff and residents will call the stadium the Brosnan Field.