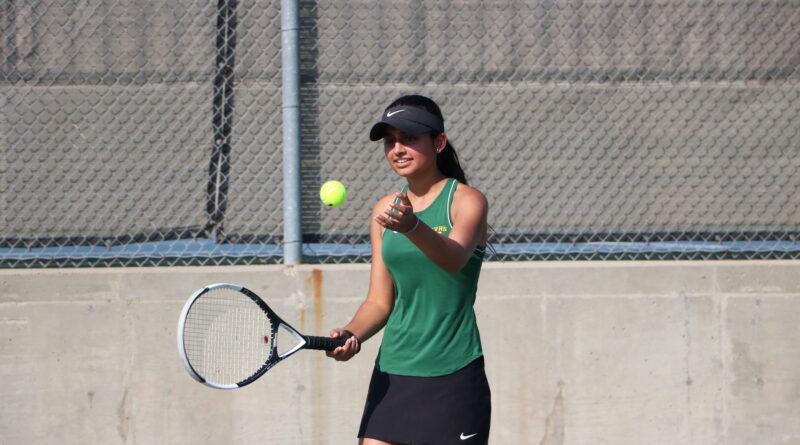 The girls tennis team swept the Jets, Encinal High School, in an intense match on Sept. 21. Although the weather was hot and reached a scorching temperature of up to 90 degrees, the ladies persevered, winning with a score of 7-0

Singles player Chan won both of her sets, putting in analytical tactics into her victory.

“I noticed my opponent struggled with short balls and slices so I tried to play to that. During warm up, I tried to test her forehand and backhand to see which was weaker. Making sure to stay hydrated was also important,” said Chan.

Doubles players Lu and Mangat also won both of their sets against their opponents.

“My partner and I communicated a lot and I focused on aiming my shots in different places each time to practice. I felt pretty good after winning today’s match but there’s always things to improve on. I made sure to take care of myself before playing so that I did my best,” said Mangat.

Sophomore Fong also played singles. Close calls determined many of her sets. The game went on for long, but despite that Fong pushed through. “It was so hot, so my motivation was that if I win fast, I can get off the court faster,” said Fong.

With the conclusion of their home game against Encinal, the Trojans achieved their second win of the season, with a league record of 2-2.