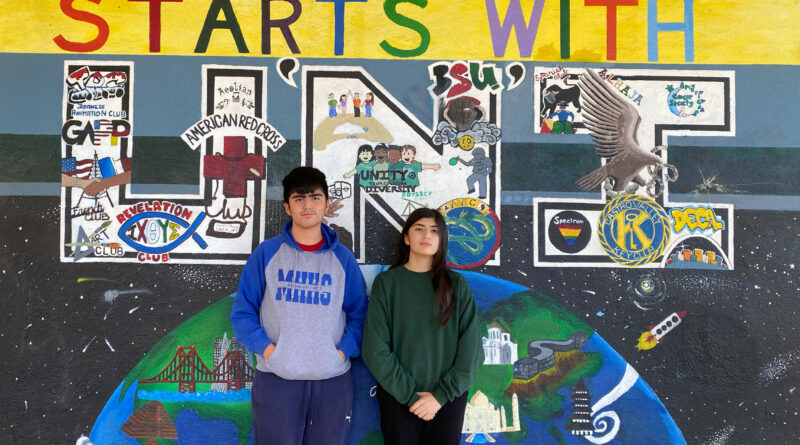 The U.S. withdrew troops from Afghanistan on Aug 30, resulting in the quick overtaking of the country by the Taliban. Afghanistan has since been engulfed by chaos and people are fighting for their lives in an attempt to escape. People worldwide are watching history happen, and many are affected by these events either directly or indirectly through loved ones.

The events taking place in Afghanistan have had widespread effects that have arisen even as far away as Castro Valley.

“The effects hit me even more because my mom left for Afghanistan about three months ago to go visit family, then about a month ago tensions started rising with the Taliban and she wasn’t able to leave,” said junior Adeeb Rashid.

The Taliban is a militant group that poses a threat to the rights of Afghans. They often target protesters and journalists through detainment and brutal beatings. The Taliban also punishes those who partake in behavior that they see as “un-Islamic” and force people to participate in wearing Islamic attire and having gendered classrooms. In short, the Taliban is a threat because of their threatening actions and beliefs, and because they support terrorist groups such as Al-Qaeda.

“Since the U.S. left Taliban-controlled Afghanistan so fast in a matter of weeks… the only way to solve the problem is if other countries help; the U.S. staying could’ve helped a lot,’ said junior Emon Saleh. Because the U.S. left Afghanistan, the Taliban had no trouble swiftly taking over the country.

“The Taliban claims that they want to better the country and help its people, but since it is so corrupt things often don’t go that way,” Saleh said.

Thousands of people are trying to leave the country and are risking their lives to do so. Many have been severely injured or even killed in their attempts to escape. Same have successfully escaped, like Saleh’s family which fled to Turkey and Dubai.

“It makes me really sad because why do civilians have to suffer so much when they haven’t done anything? You can’t really go outside that much, and if you do you have to be really cautious,” said Saleh.

“The only way to feel about what’s happening out there is sad,” said Rashid. “All the pictures and videos coming out of Afghanistan of people trying to flee and clinging onto airplanes for a chance to get out was depressing to watch. It felt like the U.S. left Afghanistan without realizing what it meant for the Afghan people.”